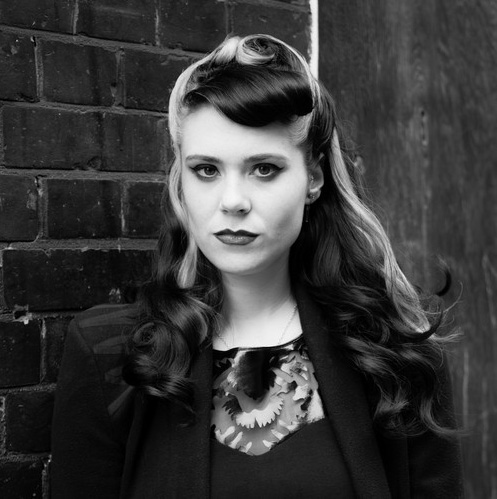 Last week, British songstress Kate Nash opened up about her friend Mika who was the victim of a hate crime. Nash, recently featured in The Untitled Magazine Music Issue 6, has long been a global voice for young women and girls as well as known for her intellectual voice in the musical community. Now in response to this bias and unjust crime, Kate Nash has penned the new song “Pink Limo Ride” and encourages her supporters to head to the Sophie Lancaster Foundation to see how they can help.

Read below for a letter from Kate Nash:

I’ve never been involved nor had a friend involved with a hate crime before.  I didn’t know what to expect or how that would feel. I’ve read stories in the news. I’ve read about ‘The Sophie Lancaster Foundation’ online. In fact I first heard of it because of my friend Mika who works for Illamasqua make up. Mika is an incredible make up artist. He is vibrant, he is loyal, he is a good friend and he is passionate about life. At a party he is loud and fun to be with. If it’s a fancy dress party his costume is the best. He’s the first person on the dance floor and he’s the one you sneak off with a few hours later to share secrets with and discuss the importance of the Spice Girls.

I remember a night out with Mika that was about to end in a kebab shop. We walked down the street to find a cab and agreed collectively to have one more drink. We somehow ended up at a Turkish woman’s private 50th birthday party and after 10 minutes of being there we were invited to the table, given birthday cake, and Mika was hand in hand, dancing and laughing with the birthday girl until the bar closed. Nights like this come often when you spend time with someone as fun and as spontaneous as Mika.

Mika was at my house last Thursday night, the 11th of July. I had a couple of friends over for a BBQ and he stopped by that evening. He had just come from a comedy show where he had been selected from the audience to participate, which he was more than happy to do, and had had a ‘Clint Eastwood style shoot down’ with balloons. The night ended in us painting each others faces with ‘Kiss’ style make up.

On the 13th of July Mika went out with one of his best friends, a girl who dresses alternatively and has a lot of tattoos. They were in a chicken shop in soho when a couple of guys took a disliking to her alternative look. They threatened to stab her because of the way she was dressed, Mika stood in & was beaten so badly he now has a fracture in his face.
When I looked on facebook and saw a picture of him I cried.  This next part of this piece is harder to write than describing to you how awesome my friend is. I want to say a thousand things, about how I am angry, disgusted, about how sad and sick it makes me seeing my friend like this.  I want to scream fuck into a pillow. I’m concerned as to how my friend will get his confidence back after this. I can’t even imagine how he feels. All I can do is be there for him. ‘The Sophie Lancaster Foundation’ have also been there for him. They were in touch instantly and have helped guide him through how to deal with the police and investigation.

There are some small things I can do to help my friend, one of those was write him this song. But there must be more that I can do. I want to stamp out hate and prejudice. I want things to change. If this story has made you want to change things too then please head to http://www.sophielancasterfoundation.com  Read Sophie’s story and let’s see how we can help.

Mika
Never give up
you saved the day
you’re on your way
your bleeding eye will open once again.
to see the beauty in this world
l’ll stamp out all the hatred that i can
by being your girl

That fateful night
may have changed your life
they came down hard on you
and you felt the force
but now you must look to the light
and find the strength
to keep on
and fight the good fight.

Mika
you are so cute!
even though you can be pretty gross
i really love you
somehow you are so sweet
even when you’re acting crazy
even when you leave handprint in vaseline

Mika
you deserve the best
you’ll get to the top
fulfill your goals
viva forever
and screw the rest
we’ll fight the prejudice
this bullshit i contest
let’s take a fucking fabulous drive
in our pink limo ride.