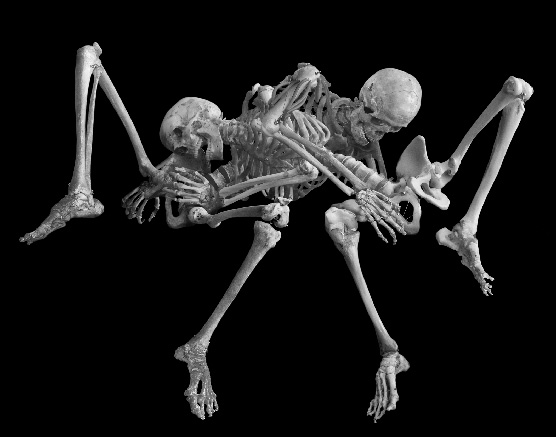 HEAD is an exploration of a physical object, a locus of the personal, contemporary open-ended concepts and concerns. As a result, the wide-ranging and diverse depictions of head in this exhibition present a more universal message.

In Christophe Avella-Bagur‘s paintings the head becomes a platform for multiple presentations, as it floats and searches for its right place in a post-human world. Using x-ray technology and detailed representations of human skeletons, Benedetta Bonichi overtly suggests vanity, as well as the sexual act of ‘giving’ head. In Richard Butler’s paintings he veils his heads behind what can be described as patterns from industry and religion.

Lori Field’s painted and collaged hybrids of animals and humans have their heads filled and layered with imagery that further entrenches their otherness. In Rieko Fujinami subtle drawings she addresses the transient elements of identity to reveal the soul inside the head. Chambliss Giobbi’s personalized constructed heads are obsessive and psychological, a compression of moments.

Any politician will tell you that perception trumps reality, as this “reality” does not escape the gaze of Ronald L Hall’s paintings. The drastic changes in the relative sizes of Nina Levy’s sculptures and photographs of heads evoke an emotional response, while the meaning behind those changes incites fantasy. D. Dominick Lombardi’ s sculptures depict the head more as an open-ended receptacle than a symbol in and of itself.

The installations of Esther Naor hint at autobiography, but her minimal bright yellow heads with plumb red lips reach beyond themselves to a narrative of vulnerability, beauty and death. Lena Viddo’s paintings of naughty nubiles instill in the viewer a distinct feeling of uneasiness.