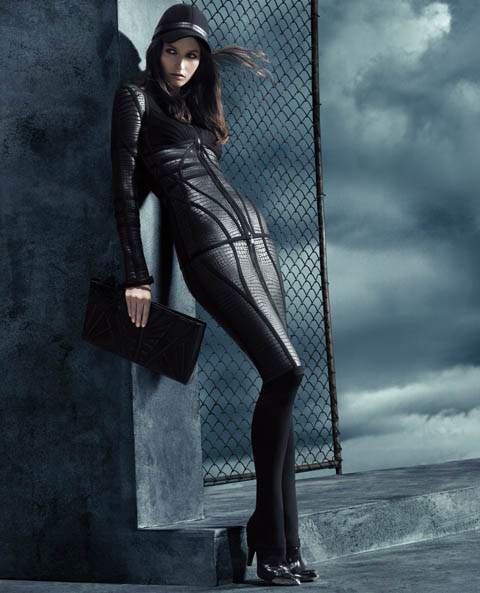 Hervé Léger was founded in 1985 by the designer Hervé Peugnet. The same year Karl Lagerfeld advised Peugnet that his surname Peugnet would be too difficult for Americans to pronounce, and instead suggested the surname Léger. The inventor of the “body-con” – so-called bandage dresses, made using materials traditionally associated with foundation garments to create dresses that would shape the figure. In 1998 the brand was acquired by BCBG Max Azaria group, the first-ever acquisition of a French couturier by an American designer.  The latest campaign featuring model Suzanne Diaz was shot by Meredith Bruner and styled by Laura Ferrera. For the fall / winter 2013 collection, the brand explores captivating prints, unexpected metallic details, exotic textures and the usual curve-hugging silhouettes. 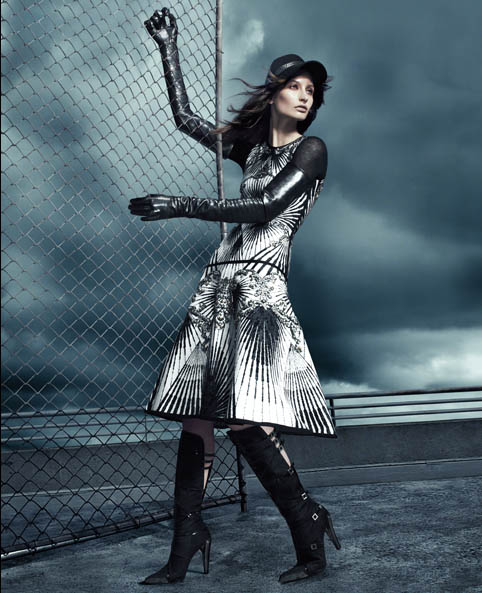