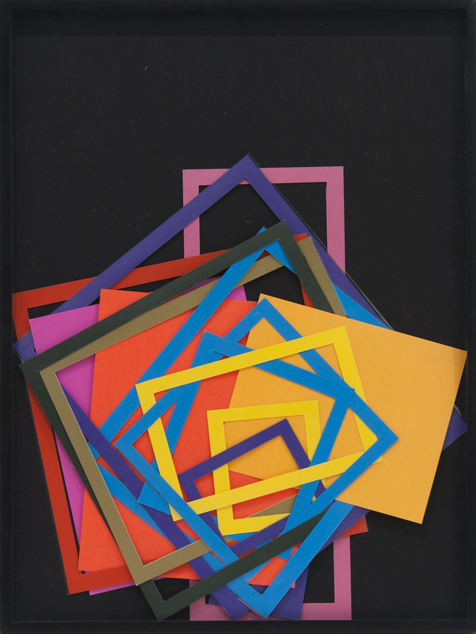 In the contemporary era of large and expanding museums, biennales, collector residences and corporate headquarters, we have noticed the physical growth of art, in size and proportions, which is unprecedented. The formal experiments that underpinned abstract art, from the post-war years forward became intertwined with scale.

The artists in in-formal abstraction all believe that their art is not diminished on a more intimate scale. While large artworks encourage a distance, a step or two back, the works included in this exhibition ask for an intimate examination, an attention to the inherent details. Subverting the notion that bigger is better comes naturally, as the intensity of each artwork speaks for itself.

Robert Janitz layers his paintings with oil, encaustic, and other materials bringing the painting’s dense surface to the fore of the visual interaction while Paolo Quintas’ paintings involve layers of paint, sanding, sculptural elements and digging into the surfaces, resulting in gritty and industrial compositions. The ubiquitous BIC pen is Xiaowei Chen’s preferred tool in a process that combines paint, drawing and physical gouging, the densely layered surfaces open up as a glimmer of her inner psyche.

Afrika’s handmade enamel and steel tiles were initially displayed at the Russian Pavilion of Venice Biennale in 1999, all 3000 of them in a variety of motifs, while in – formal abstraction focuses on a key selection of the abstract works. Abstract collages by Mads Lynnerup are designed to encourage the viewer to pick up the work and remake it in their own way. Simone Leigh’s amorphous sculptural forms will evoke new historical and subliminal associations.

Even for viewers familiar with the artists’ oeuvre in this exhibition, the complete focus on the intimate scale will shed new light on the nuances and tactile properties of the works.

Afrika (real name Sergei Bugaev) was born in Novorossiysk, in the former USSR and lives in St. Petersburg. He has had solo exhibitions at the Museum Kuppersmuhle Für Moderne Kunst, Duisberg, Germany (2008), State Tratyakov Gallery, The National Russian Museum of Fine Art, Moscow (2005) and the Russian Federation Pavilion, 48th Venice Biennale (1999). His work has been included in group exhibitions at the Garage Center for Contemporary Culture, Moscow (2010), Museum of Contemporary Art, Taipei, Taiwan (2006) and The Solomon R. Guggenheim Museum, New York (2005).

ABOUT (ART) AMALGAMATED
(Art) Amalgamated, a project space founded by Gary Krimershmoys, exhibits an international, multidisciplinary group of artists that are on the forefront of the contemporary art discourse. Experimentation with mediums, methods, conceptual quandaries, and sociopolitical engagement are encouraged and fostered. (Art) Amalgamated looks to engage with a broad cross-section of the global cultural milieu to discuss and dissect the concepts that our artists bring to the fore.