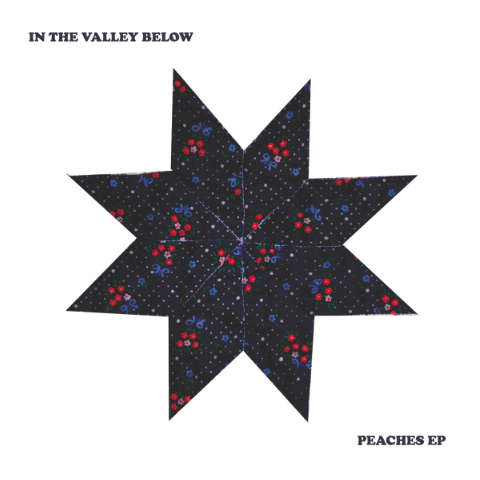 Los Angeles rock duo In The Valley Below announce the release of their upcoming Peaches EP. The 4-track EP will be released on September 17 via Capitol Records.

After spending the past 2 weeks playing Festivals in Europe, culminating at Reading and Leeds this past weekend.

In The Valley Below will be bringing their songs to multiple venues this October supporting White Lies, including two nights at New York’s Bowery Ballroom and a stop at the El Rey Theater in their hometown of Los Angeles. For the band’s full itinerary, please see below.

In The Valley Below is a new musical pairing delivering hushed swirls of male and female vocals forged with dark stories of brooding riddles and romance. Jeffrey grew up in the storied musical town of Memphis, given a guitar at the age of 13 and creating music from that point forward. Angela left the binding depths of a “mostly cold and cloudy town in Michigan,” for a life at sea, finding initial songwriting inspiration while living on a small boat in the West Indies. In The Valley Below was created when these two found each other, having crossed paths in artistic circles after they separately made their way to Los Angeles. The duo honed their craft together, using faithful archetypes as their inspiration, “Our biggest inspiration is powerful subjects like sex, crime and religion. And how that fits into the lives we’ve chosen, our dreams and struggles, mistakes and heartbreaks.”