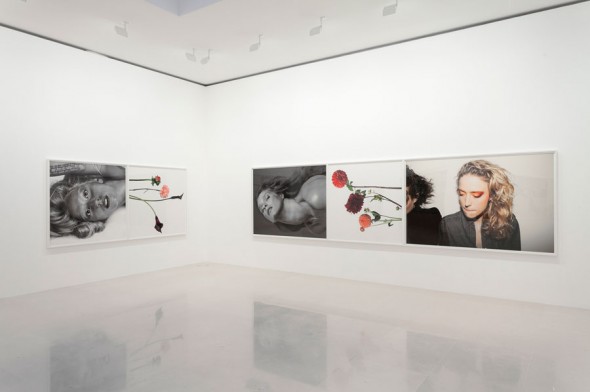 INEZ VAN LAMSWEERDE AND VINOODH MATADIN: PRETTY MUCH EVERYTHING

“Basically every picture we take is a self-portrait-a picture of how we feel at that moment in our lives.”
—Inez & Vinoodh

Working together for twenty-five years, cult photographers Inez Van Lamsweerde andwere among the first to harness the full potential of digital manipulation to the portrayal of the human condition. Corrupting photography’s “decisive moment”, they imposed their aesthetic intention upon reality, drawing upon various imaginaries from the Gothic to Pop art via Surrealism. Using techniques both cutting edge and arcane, they have treated the nude, portraiture, fashion, and popular culture as well as experimental montage and assemblage. In a recent essay, Michael Bracewell defines them as potent protagonists of the post-Warhol era, infiltrating “the pristine mirror of consumer culture” precisely in order to destabilize it.

Combining the beautiful with the bizarre, the elegant with the extreme, the classical with camp, Inez & Vinoodh’s edgy images cast human identity as exquisite corpse, the surrealist spirit of transformation that fueled the historical imaginary and which has become, more than ever, a sustaining aesthetic principle of our time—see also John Currin, Cindy Sherman, Glenn Brown, Matthew Barney and others. With process and production conceived as a Möbius strip of interlinking subjects, techniques, and mediums, their oeuvre inhabits adjacent visual systems while resisting confinement to any single one. Often their more experimental artwork acts as grist for commercial commissions and vice versa; hierarchy is ignored and the same images may appear in different incarnations according to context. Using the digital medium as the very tool of the uncanny, Inez & Vinoodh seek ever new ways to suggest the complex internal dynamics that lie beneath appearances, sometimes even cutting through the seamless surface of the photograph via graphic or sculptural means.

Pretty Much Everything, the retrospective project that has absorbed Inez & Vinoodh for the last nine years, is the most comprehensive record of their work to date. A magnificent limited-edition book in three volumes, designed by M/M Paris with essays by Glenn O’Brien, Michael Bracewell, Bruce Sterling, and others, was published recently by Taschen Books. The extensive travelling exhibition of the same name, which mirrors the book, premiered at FOAM Amsterdam in 2010, and traveled to Sao Paulo in 2011. Juxtaposing images of all genres and formats, the exhibition is updated with new material at each showing. 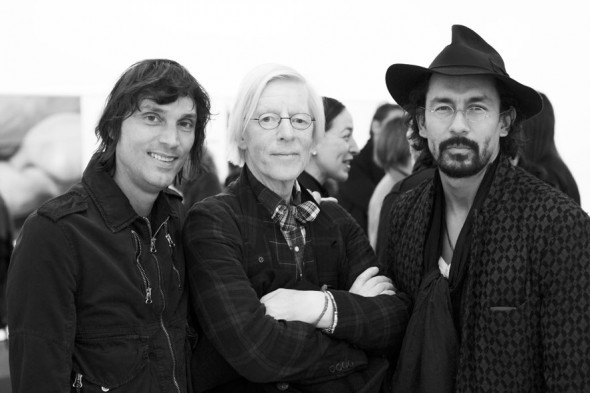 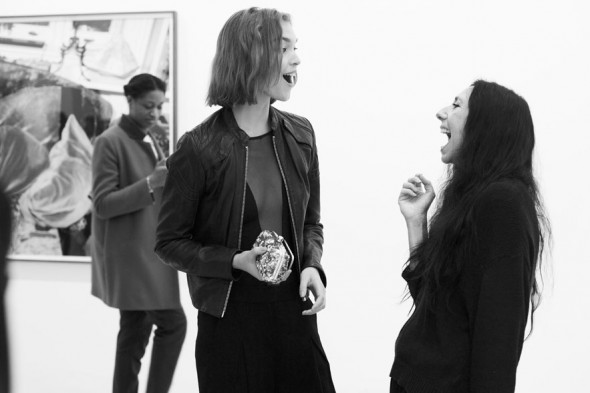