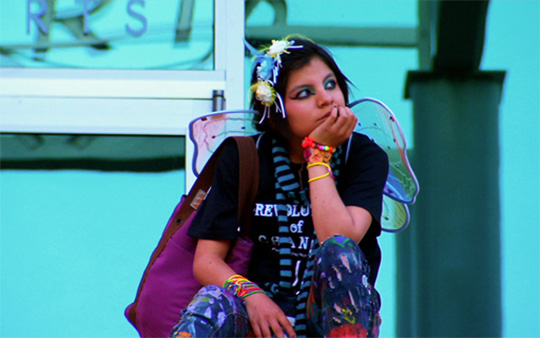 INOCENTE tells the story of a homeless young girl who refuses to give up her dream of becoming an artist and being able to tell her story through painting. Inocente, an undocumented immigrant who has been homeless for nine years, uses color as what she calls her revolution in a way that contrasts her dark upbringing.