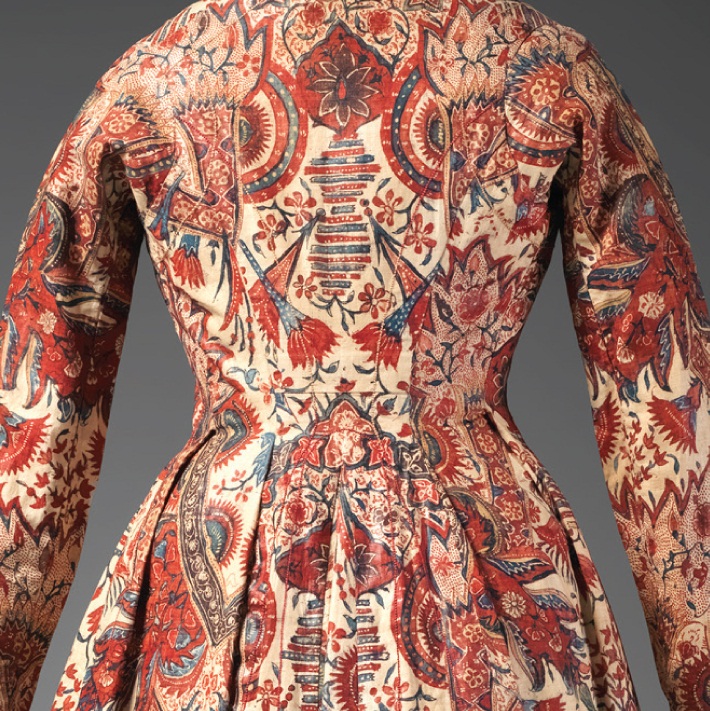 Interwoven Globe: The Worldwide Textile Trade, 1500-1800 is the first major exhibition to explore the international transmittal of design from the 16th to the early 19th century through the medium of textiles. It will highlight an important design story that has never before been told from a truly global perspective. Beginning in the 16th century, the golden age of European maritime navigation in search of spice routes to the east brought about the flowering of an abundant textile trade, causing a breathtaking variety of textiles in a multiplicity of designs and techniques to travel across the globe.  Textiles, which often acted as direct currency for spices and other goods, made their way from India and Asia to Europe, between India and Asia and Southeast Asia, from Europe to the east, and eventually to the west to North and South America. Trade textiles blended the traditional designs, skills, and tastes of all of the cultures that produced them, resulting in objects that are both intrinsically beautiful and historically fascinating.

The exhibition is made possible by The Andrew W. Mellon Foundation, the Diane W. and James E. Burke Fund, The Coby Foundation, Ltd., The Favrot Fund, the Gail and Parker Gilbert Fund, and the Quinque Foundation.