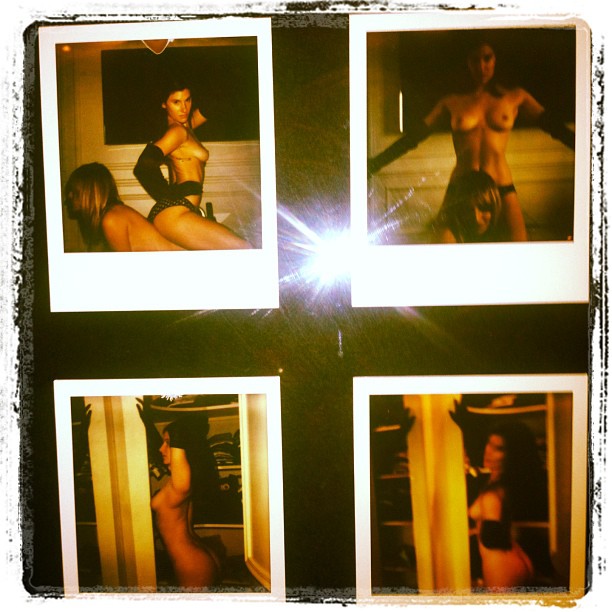 Intimate Portraits is a joint exhibition by Maripol and Slava Mogutin. Both are accomplished artists with extensive work in instant film, whose images blend the lines between art, documentary, and fashion. The nature of instant film allowed the photographers to capture candid moments, off the cuff shots, and intimate portraits of the fascinating characters, artists, lovers, and bohemians that fill their lives.

Maripol is an accomplished Polaroid artist most famous for documenting downtown New York in the early 1980s. Her photography has been exhibited worldwide and is collected by museums. She is also an art director and has published numerous Polaroid books.

Slava Mogutin is a Siberian-born artist and writer exiled from Russia at the age of 21 for his outspoken writings and activism. In 1995 he was granted political asylum in the US with the support of Amnesty International and PEN American Center. He is the author of two monographs of photography published in the US and seven books of writings in Russian. Mogutin’s photography and multimedia work have been exhibited internationally and featured in a wide range ofpublications including Flash Art, Modern Painters, i-D, Vice, Visionaire, L’Uomo Vogue, Stern, and The New York Times.