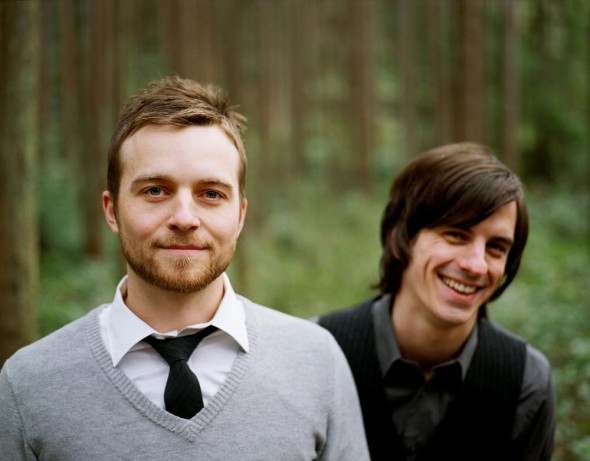 IVAN & ALYOSHA are thrilled for the release of their debut full-length album All The Times We Had, out today February 26th on Missing Piece and Dualtone Music Group. The band celebrated this past weekend with a sold-out hometown record release show at the Showbox Theatre in Seattle, and will play a free in store performance today at Sonic Boom records. In addition, all this week fans can download “Running For Cover” as iTunes “Free Single of The Week”. The four-piece will take to the road this March for SXSW 2013 and spring tour dates with The Lone Bellow. Upcoming tour dates below.

All The Times We Had was featured earlier this month as an NPR Music “First Listen” and praised by Stephen Thompson for its “gorgeous, swelling, impeccably built songs about love and faith.” Esquire tipped the band as one of 15 to watch this year, and raved “the line for first great summer song of 2013 starts here,” about first single “Running For Cover”. Relix notes that “each tune packs a hefty lyrical punch while exploring timeless themes of faith, inner struggle and separation,” in what they deem “a promising debut.” Rolling Stone for their part described the band’s “Smooth, soaring guitar pop… (as) if the Shins slowed it down a bit.”