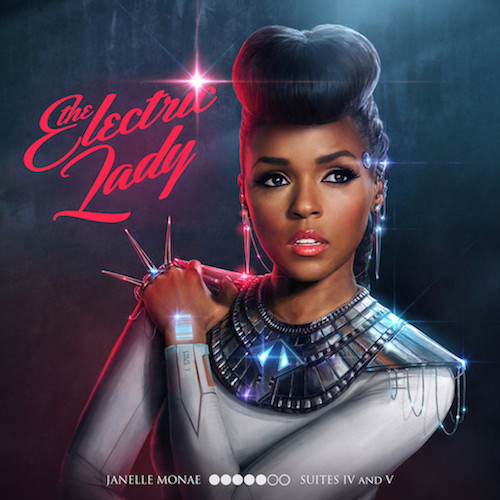 On July 30th Janelle Monáe unveiled the music video for her latest dance song, “Electric Lady.”  Produced by the Wondaland Arts Society, in the video Monáe plays a sorority girl from the Electro Phi Beta house alongside some recognizable faces as her fellow EPB sisters, including T-Boz, Estelle, Monica, and Kimbra. Not to mention an additional cameo from her mother at the beginning of the video when she adorably mistakes the sorority as “Electrified Ladies.”  The title-track from her most recent album was released almost a year ago, so it’s a little strange to just be seeing the music video for it now.  Either way, the video features a lot of electric-sliding, a step crew, a marching band, and presumably the electric ladies in Monáe’s life.

First Lady Michelle Obama has recently pronounced herself “The First Electric Lady.” She is quoted as saying: “First of all, I am honored to be the first Electric Lady. I got my letter in the mail—I framed it; it’s up…. I love that she is one of the young artists here who is making music that means something. She has a message. She has a voice. She has a power in her.”

See the video for “The Electric Lady” below: