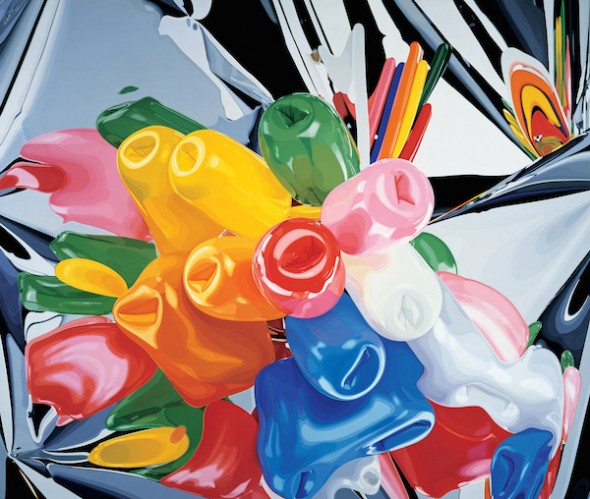 On June 27th, 2014, The Whitney Museum of American Art opened their highly anticipated final exhibition at their 945 Madison Avenue location, Jeff Koons: A Retrospective, which closes on October 19th. Coinciding with the end of the Koons retrospective will be the closure of The Whitney’s renowned uptown space, as they prepare to move into their new home in the Meatpacking District.  The Whitney–in their permanent collection alone–has more than 18,000 works of art from some of America’s greatest artists, including work from William Eggleston, Keith Haring, Edward Hopper, and Mark Rothko.  It only makes sense that the museum celebrate the closing of their uptown home with a retrospective of one of America’s most influential, most controversial, and most expensive artists of the post-war era, Jeff Koons.

Stashed with Koons’ work from the start of his career in 1978 to the present, this is the first time The Whitney has exhibited a single artist on every floor of the Marcel Breur building.

JAMES FRANCO'S "CHILD OF GOD" - IS IT HIS BEST? FILM REVIEW BY THE UNTITLED MAGAZINE

0
The Untitled Magazine August 5, 2014
No Comments Yet