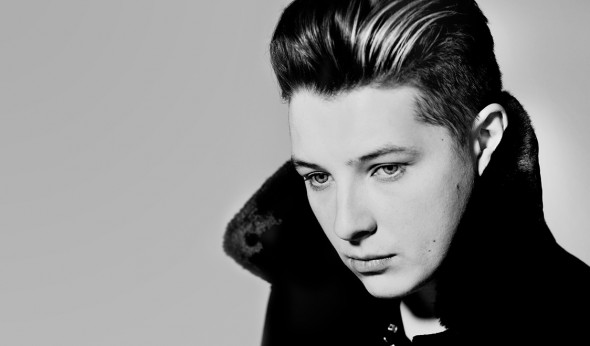 Breakout UK artist John Newman, will  release on July 17th his new single, “Come And Get It”.  This will be feautred on John’s highly anticipated second album. He recently collaborated with Calvin Harris, “Blame“, the no. 1 Global smash, has sold over 4 million worldwide. “Blame” gave John his third UK no. 1 single following Rudimental’s “Feel The Love” and his own chart-topping debut ”Love Me Again”.

“Come And Get It” was written and co-produced by John and Greg Kurstin , best known for his work with Sia, Beyoncé, Ellie Goulding, Katy Perry & Lana Del Ray.

“Trbute“, John’s self-penned widely acclaimed debut number 1 album, is certified platinum in the UK, while breakout single “Love Me Again”, entered the chart at no. 1, selling over 900k copies sold in the UK and achieving a staggering 122 million streams globally. Newman has sold over 6 million singles world-wide to date.

Fans will have an early opportunity to hear the new single when John performs 2 live shows in June.

Newman’s career didn’t just confine to success in the US. “Tribute” reached no. 2 on the US iTunes chart as well as European and Antipodean success was equally notable with double platinum status in Australia, Italy, Czech Republic and Norway, Platinum success in the UK, Ireland, New Zealand, Norway and Switzerland and Gold status in Austria, Belgium, Canada, Germany, the Netherlands and Sweden.