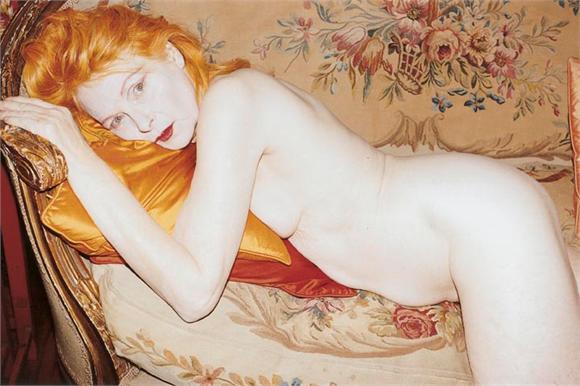 JUERGEN TELLER’S WOO AT THE INSTITUTE OF CONTEMPORARY ARTS

OPEN TO THE PUBLIC JANUARY 23 THROUGH MARCH 17

Lehmann Maupin is pleased to announce Juergen Teller’s forthcoming exhibition Woo at the Institute of Contemporary Arts, London, on view from 23 January – 17 March 2013. The museum will host a preview of the exhibition on Tuesday, 22 Janaury from 7 – 9 PM.

Considered one of the most important photographers of his generation, Juergen Teller is one of the few contemporary artists who has successfully navigated both the art world and the world of commercial photography. The exhibition at the ICA, London will provide a seamless journey through Teller’s landmark fashion and commercial photography from the 90s, presenting classic images of celebrities such as Lily Cole, Kurt Cobain and Vivienne Westwood, as well as his most recent work featuring landscapes and intimate family portraits.

Teller’s provocative interventions in portraiture subvert the conventional relationship of the artist and model. Whatever the setting, all his subjects collaborate in a way that allows for the most surprising poses and emotional intensity. Driven by a desire to tell a story in every picture he takes, Teller has shaped his own distinct and instantly recognizable style which combines humour, self-mockery and an emotional honesty.

Juergen Teller: Woo will include a section titled Picture and Words, featuring a series of photographs from Teller’s controversial weekly column in the magazine of Die Zeit, which often provoked outcry amongst readers, and will feature many of the letters of complaint that the magazine received. Also on view are Irene im Wald and Keys to the House, Teller’s most recent bodies of work, which reveal a more personal side to the photographer, including images of his hometown in Germany and family home in Suffolk.

A selection of Teller’s books and tear sheets from his editorial and advertising work will also be on view in the ICA’s Fox Reading Room.

To accompany his solo exhibition at the Institute of Contemporary Arts, Juergen Teller has created an exclusive limited edition print to benefit the museum’s programme. Originally published in the summer 2011 issue of 032c Magazine, this image is one of a series of photographs taken in the house of Turin architect, designer and photographer Carlo Mollino. Mollino, known for his decadent and promiscuous lifestyle, made thousands of photographs in his lifetime. Heavily influenced by the surrealists, Mollino’s evocative tableaux of furniture, female bodies and objects were integrated into the opulent surroundings of his apartment.