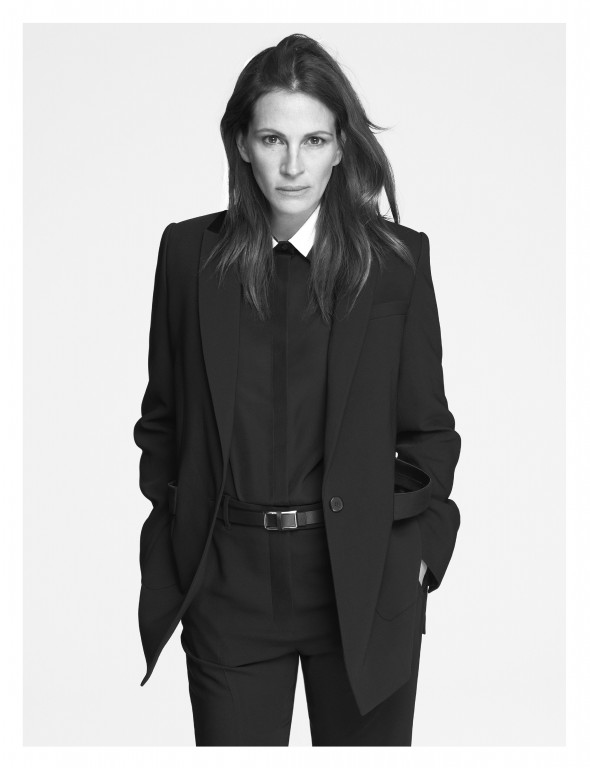 When we think of Julia Roberts, we think of all those sweet rom-coms she starred in during the 90s and early 2000s. From Pretty Woman to Notting Hill and Mona Lisa Smile, the actress has held the reputation of not only as a Hollywood icon, but also as “America’s Sweetheart.” So on December 9th, when Givenchy revealed two new advertisements from their spring 2015 campaign on Instagram, it came as a surprise to see Roberts as the campaign’s face. Photographed by Mert Alas and Marcus Piggott, Roberts appears in the black and white photos donning a sleek black blazer – a look that is reminiscent of Givenchy’s classic aesthetic.

Riccardo Tisci, Givenchy’s designer, shared with Style.com that “Sometimes you shoot someone who’s so popular, you try to make it glam. But I really wanted her the way she arrived: black jacket, men’s shirt, jeans, which is really what we have in common. No hair, no makeup. I said to her, ‘Because your smile is so beautiful and everybody knows you for that, I think it should be no smile,’ and she was really cool.”