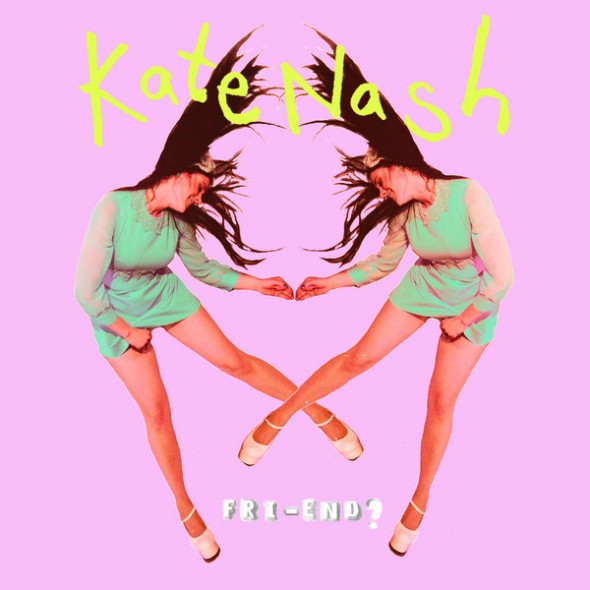 After a successful year since branching out on her own, UK starlet Kate Nash released her third full-length GIRL TALK, completed 3 sold-out North American tours, launched the ‘Protect A Girl’ initiative, starred in 3 full-length movies and plans on returning to the U.S with another round of tour dates this winter.

‘Fri-end?’ features hooks and a charm so undeniably Kate Nash, accompanied with an infectious LA surf rock jangle and 60s girl group sound, all inspired during her time in the Californian sun when recording GIRL TALK with famed producer Tom Biller. The single, which was the first track she wrote for the album, pays homage to all things Tarantino and is defiantly punk in its pop approach. “It’s about rubbish friends,” says Kate, “when someone cares more about material things than they do about you.”
.
Outspoken on many issues, Kate is also releasing the moving and edgy ‘Pink Limo Ride’ as a bonus track on the single. The track recently garnered a lot of praise and attention in the media for its clear anti-bullying message, inspired after her best friend was severely beaten up in London. Kate also urges her supporters to check out the Sophie Lancaster Foundation for all the charity’s efforts to stamp out prejudice towards others.

CASS MCCOMBS RELEASES "BIG WHEEL AND OTHERS" - OUT NEXT WEEK