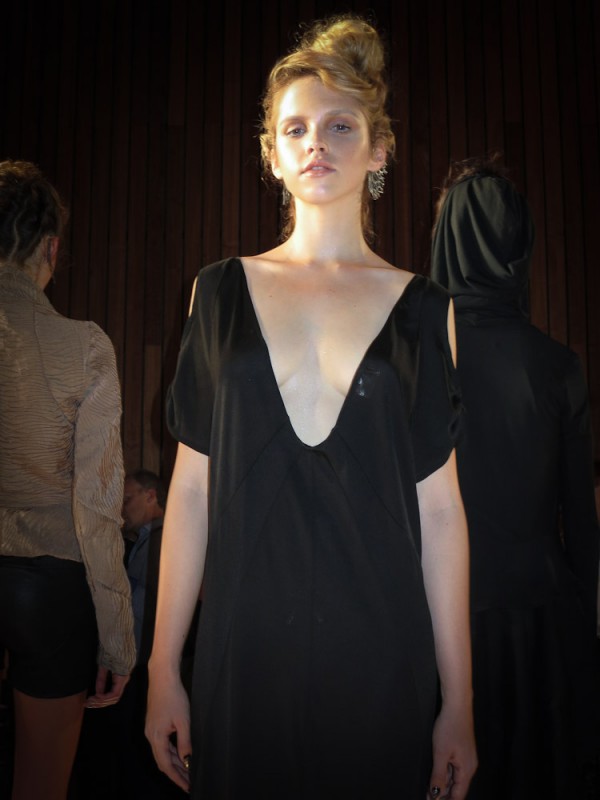 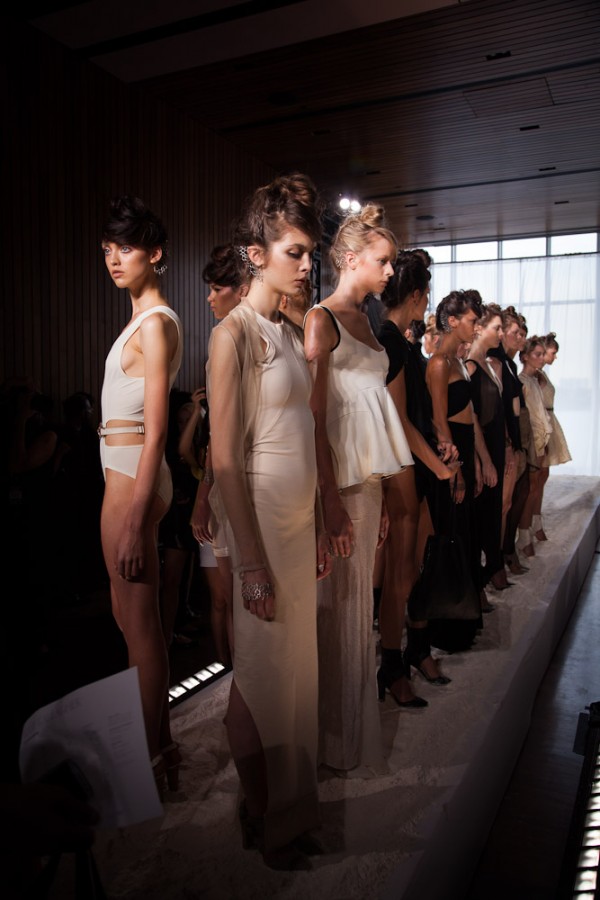 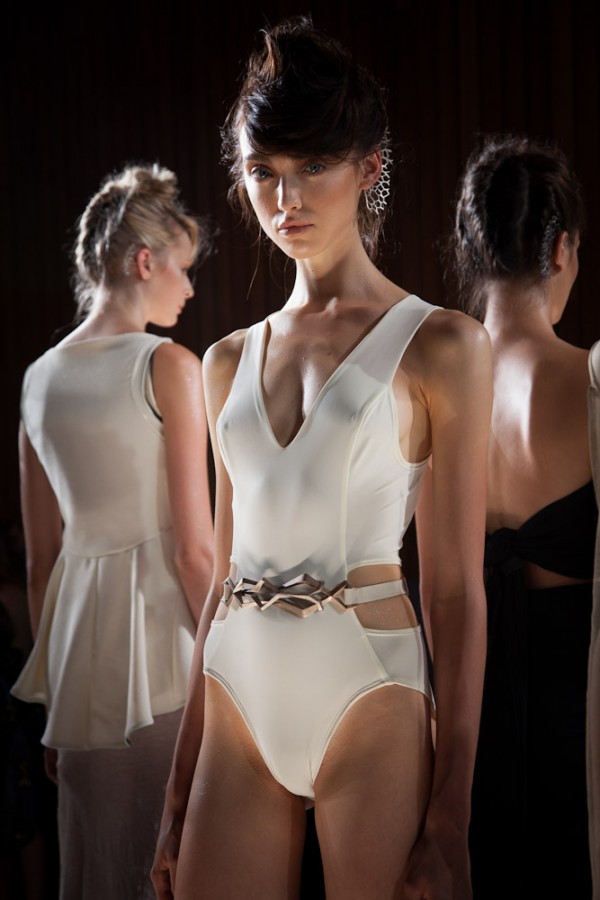 Katie Gallagher’s Spring/Summer 2013 collection “Everything Forever” is inspired by the concept of rebirth and purity. Katie’s design aesthetic draws reference from the perception of childhood: haunted woods and the promises we make as children to be friends forever- fading over time to only that of faint imprint of what was. “Everything Forever” is an ode to the remnants of our past, which are ingrained in us and ever-present. “Despite inflictions, the soul can remain pure. However, everything we do is in us forever,” says Katie of what influenced her collection this season. The chosen color palette is decidedly minimalistic, comprised of ivory, crème, raven and metallic slate. “Everything Forever” features Katie’s signature form fitting silhouettes ranging from lambskin and kangaroo leather separates to high neck halter dresses. Draping and sheer textiles accent the collection. Effusing a demure femininity that is categorically timeless.

New York based designer Katie Gallagher was born in the middle of a forest in Pennsylvania. When she was young, she hated wearing clothes, but wore her cat on her head. She graduated from Rhode Island School of Design and has been working on her own ever since. Katie Gallagher’s feature unconventional patternmaking, strange volumes, secrets and the idea that fashion is not just about fashion, but rather about telling stories, moods, ideals and attitudes of the designer herself. SS13 marks Gallagher’s seventh season showing during NY Fashion Week.

In explaining her method of designing, Katie Gallagher has said, “everything I make starts with my drawings and paintings, which I’ve done every season prior to construction. I love to try to re-create a three dimensional version of whatever I’ve drawn; it requires pretty unconventional patternmaking.” Providing a glimpse into her creativity and sense of her design intent, Gallagher has offered, “I normally create a scene, a narrative, or sometimes a whole universe that I would be interested in making a reality and then I fill these worlds with people. The people just happen to be wearing what’s appropriate to their surroundings and ideas. Clothes aren’t really at the center of my interests; the people that wear them and their ideals are.”