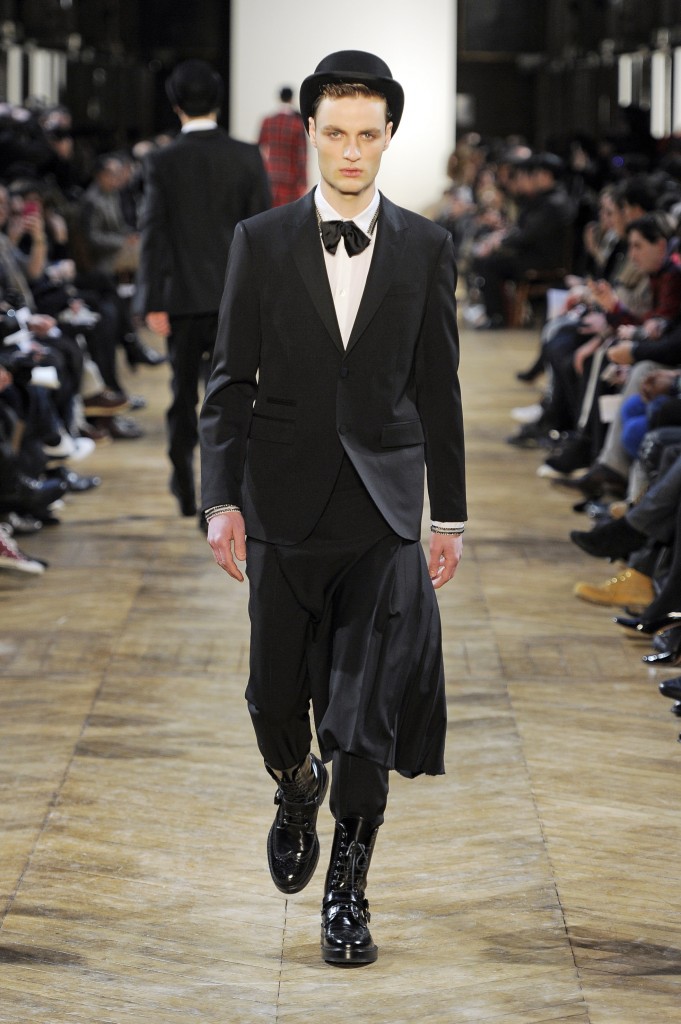 Often paired with bowler hats, the jackets are the true heros of the collection. Put together in constructed as well as deconstructed versions, cut free hand or perfectly tailored, in classic wool or in Milano jersey, it punctuates the collection whilst giving the KENZO man an easy and customisable wardrobe. Sometimes mixed with denim, in different textures and colours, sometimes in more classic silhouettes, the jacket plays a key role in the conception of this chic and relaxed masculine wardrobe. 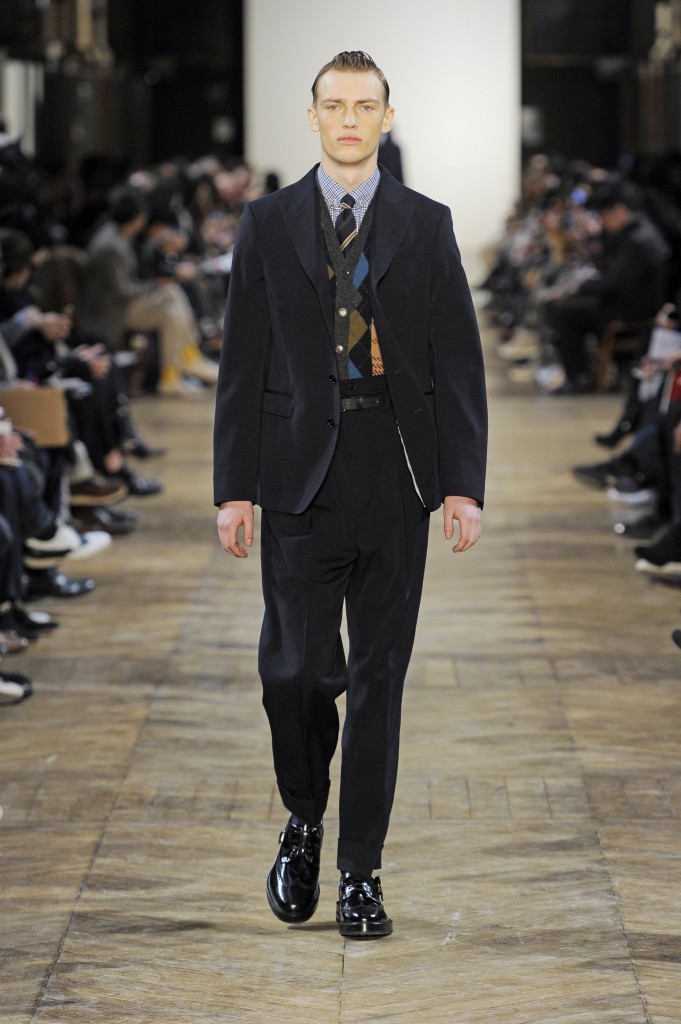 The fabrics used within the collection are notable for their flowers, block colors, plaids and stripes, forming contrasts and harmonies in the patterns. Creative, yet relaxed – polite, yet a bit diabolical, each look expresses the “smart, casual” vibe for the 2011-2012 Kenzo menswear line.