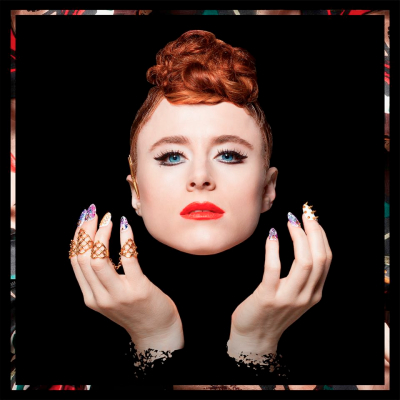 Kiesza is a woman with as many talents as pronunciations of her name. Following her hugely popular breakout single, “Hideaway,” her debut album, Sound of a Woman, was released on October 21st in the U.S. and will come out on December 1st in the UK.

At only 25, this Canadian has managed to fit what seems to be several lives into those 25 years. She trained as a ballerina from the ages of 3 until 15, taking part in a special program that let her leave school early to train three to four hours a day. When she was 15, she suffered a knee injury, and had to stop training. The injury marked the end of her imagined career as a prima ballerina, but she was soon able to focus her passion on sailing. During her time on boats, she was influenced by some of the folk music that other sailors would play on board. She picked up the guitar and from that day, she started writing songs. She enrolled at  Selkirk College in Nelson, British Columbia with a major in music performance. She later accepted a scholarship to Berklee College of Music in Boston, where she experimented with all kinds of music, from jazz to rock to death metal.  Since then, she has written songs for Rihanna, Icona Pop, and Kylie Minogue, and collaborated with Diplo and Skrillex on the track, “Take U There.”

In the process of producing her song “Hideaway,” Kiesza fought to self-produce, rather than sell it to an already established musician. The video was created on a minimal budget and since it’s release in February has garnered over 145 million views on YouTube.

See the video for “Hideaway” below: