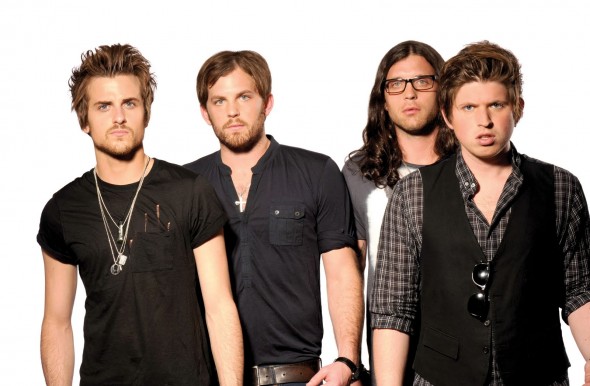 Kings Of Leon announced today the first leg of their American tour in support of their recently released new album, Mechanical Bull. The band will kick off the 2014 Mechanical Bull Tour on February 5, 2014 at Philips Arena in Atlanta, GA.  Produced by Live Nation and presented by Klipsch Audio, the tour will feature opener Gary Clark Jr., on this first leg. Tickets for the general public go on sale starting Friday, November 1 and can be purchased at Live Nation.

The 2014 Mechanical Bull Tour is in support of Kings of Leon’s 6th album, Mechanical Bull, which was released on September 24 on RCA Records and debuted at #2 on the Billboard Top 200 Chart.  The album also bowed at #1 on the Rock and Alternative Album charts and #2 on the Digital chart.  It debuted at #1 in the UK, which makes it the fourth consecutive Kings of Leon record to do so.

KLIPSCH AUDIO PRESENTS THE KINGS OF LEON 2014 MECHANICAL BULL TOUR DATES*
All dates below subject to change.
All shows on sale November 1 unless otherwise noted.

Get a 10% discount on tickets at TicketsNow.com

TRANSGRESSIVE NORTH + SCOTTISH LOVE IN ACTION - THE EVERYTHING IS NEW PROJECT