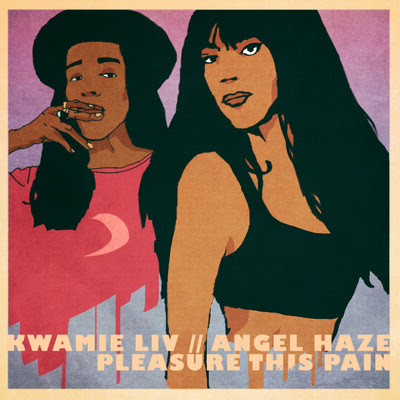 Kwamie Liv and Angel Haze teamed up on a new single released on August 18th, and the result is pretty pleasurable. The song entitled, “Pleasure This Pain,” is a new track from Kwamie Liv’s forthcoming mixtape, Back to the Woods, a 13-track EP that is set to release on September 14th.

The Danish artist, Kwamie Liv hails from Copenhagen and first made waves last year when she released her EP, Lost in the Girl. Her first EP debuted a groundbreaking aesthetic with songs like “5am”. And she has continued this aesthetic with the release  of her newest single. In a late night studio session with Angel Haze and long-time producer, BABY DUKA, the duo created “Pleasure This Pain.” The new single is somewhat similar to her previous songs, yet reveals a sensual and seductive sound with strong vocals.

As the release of her new mixtape is right around the corner, this track seems to be only the beginning from the fearless, female creative.