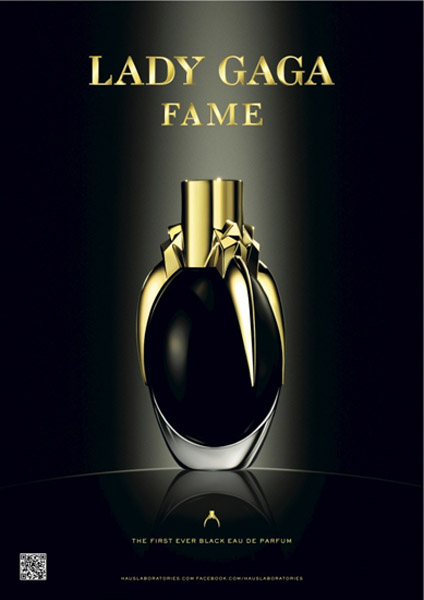 Lady Gaga just released the first image of her forthcoming fragrance Lady Gaga Fame. Fame will be available in stores worldwide this September. The ad campaign for the fragrance was directed and photographed by Steven Klein featuring the perfume bottle designed by Lady Gaga with Nick Knight. In the past, Gaga has described her perfume’s scent in some rather eccentric ways. She’s quoted as saying it would smell “like an expensive hooker,” and that, ” “[Blood and semen] is in the perfume but it doesn’t smell like it. You just get sort of the after feeling of sex from the semen and the blood is sort of primal. And the blood was taken from my own blood sample so it’s like a sense of having me on your skin.” However, in the press release she published on her website, the perfume is described in a much more wholesome way, as “a fusion of dripping honey, saffron, and apricot nectar,” with, “a rich floral layer of crushed tiger orchid & jasmine sambac,” as well as “tears of Belladonna.” The fragrance is also the first ever black perfume which becomes clear when airborne. This scent was two years in the making after Gaga signed with Coty Inc. in 2010. Stephen Mormoris, the senior vice president of global marketing in the Coty Beauty division, said that the company wanted to work with her because she’s a “phenomenon” and “a fascinating cultural force.” Fame will also be in stores just as Gaga’s second Vogue cover hits stands. Lady Gaga wrote on her website in regards to her perfume, “Fame, a beautiful prospect with a dark heart.” 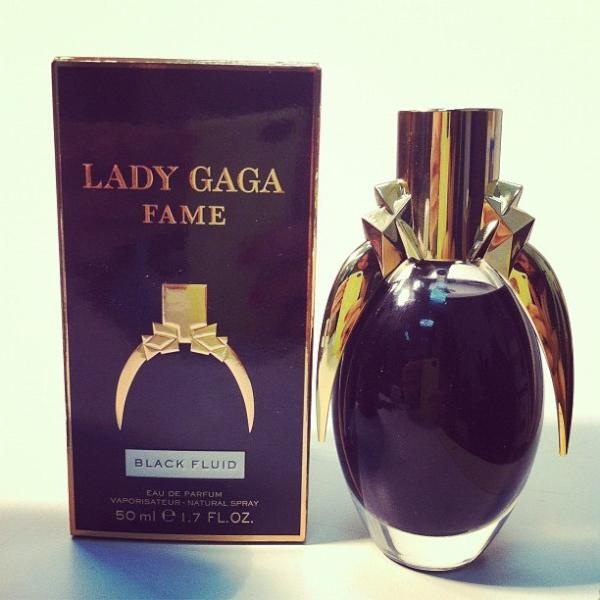