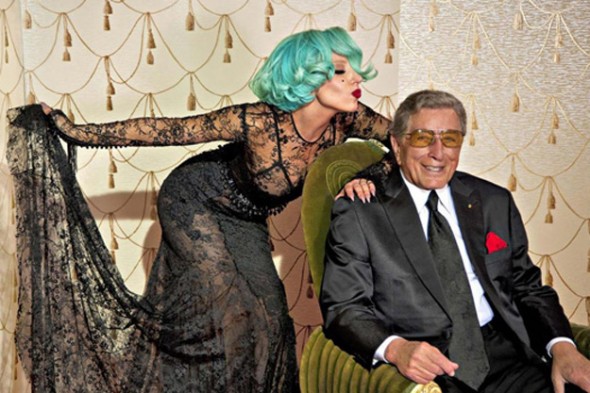 Lady Gaga and Tony Bennett‘s new album, Cheek to Cheek is now available for pre-order! The second track to be released from the album, “I Can’t Give You Anything But Love“, is has also been released for listening. The standard version of Cheek to Cheek features 11 tracks, and the deluxe version contains a powerful 15. Since the release of “Anything Goes” last July, the single has debuted at #1 on Billboard’s Digital Jazz charts. Cheek to Cheek features classic jazz standards in a combination of vocal duets as well as solo performances. Although they span 60 years in age, Gaga and Bennett have proven to be a dream team: Gaga states that Bennett had a very influential role, mentoring her emotionally through the process of recording “Lush Life”. As Bennett says, “Jazz artists are very creative, very honest, from phrase to phrase.”

Click here to pre-order the album, and check out the video for “Anything Goes” below: