“You don’t need a f*cking record label, you don’t need a company, you are the spirit of every artist!” Lady GaGa, who is signed to four different labels, screamed to her fans during her hour-long performance at SXSW. It is no secret that the singer, who once reigned #1 on charts across the world, is steadily fizzling out. Currently standing at #170 on Billboard charts, GaGa used SXSW as an opportunity to grasp at the few straws that she has left within her reach and let a woman vomit on her as she played the drums on stage. 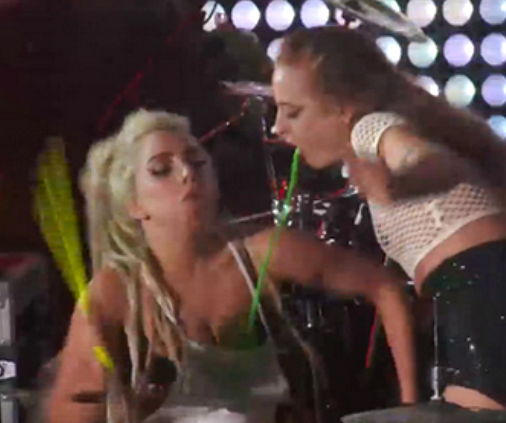 Stubb’s became home to Doritos “#BoldMissions” campaign this week, making attendees complete challenges that included ridiculous things such as changing your Facebook relationship status to something that it isn’t. Once patrons completed the mediocre tasks they were let into the venue to watch GaGa act out mediocre cries for attention. The singer may have initially become well-known for her outlandish wardrobe and music videos but, five years after her rise to stardom, it seems somewhat pathetic to try and outdo what once made her famous.

The city’s slogan may be “Keep Austin Weird”, but this was too much.

L'WREN SCOTT: THE TRAGIC ENDING OF A CELEBRATED LIFE