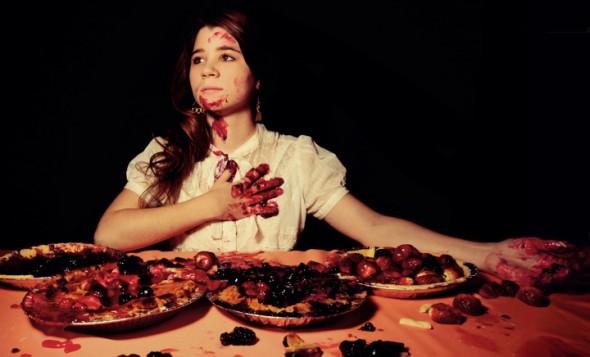 In the meantime, get a further feel for Lady Lamb the Beekeeper and her continuous interest in all things pie via the new video for “The Nothing Pt II,” directed by Portland filmmaker David Meiklejohn and premiered this morning via SPIN. In the video, a mysterious person wearing a fencing outfit kidnaps people and brings them to a dark dungeon. Upon waking, the prisoners find themselves bound to a table with a pie in front of each of them, awaiting their uncertain fate, when the rogue fencer appears once again.

ICEAGE EXTEND NORTH AMERICAN TOUR IN SUPPORT OF "YOU'RE NOTHING"