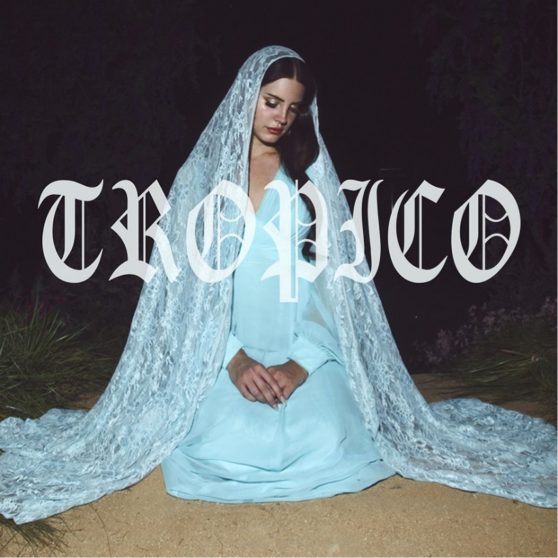 The wait is over for the next Lana Del Rey instalment, the super-hyped starlet will drop a brand new EP entitled Tropico featuring an exclusive short film. Written by Del Rey herself and directed by long-time Rihanna music video maker Anthony Mandler, the EP is set for a digital release on December 5. Tropico features a short film of the same name starring Del Rey snuggling up to model Shaun Ross, with three tracks from her triple-platinum 2012 album Born To Die – The Paradise Edition, ‘Body Electric’, ‘Gods and Monsters’ and ‘Bel Air’.

Del Rey has publicly admitted she has been struggling with her second album, the follow-up to the staggeringly successful Born To Die, which sold over five million copies worldwide. After the release of her single ‘Young and Beautiful‘ for Baz Lurhman’s The Great Gatsby, this is the first new project from the New York native after extensive touring throughout Europe, South America and the US.

Tropico is released on digital on Thursday December 5th on Polydor. Watch the film trailer below.

– Shannon Connellan for The Untitled Magazine