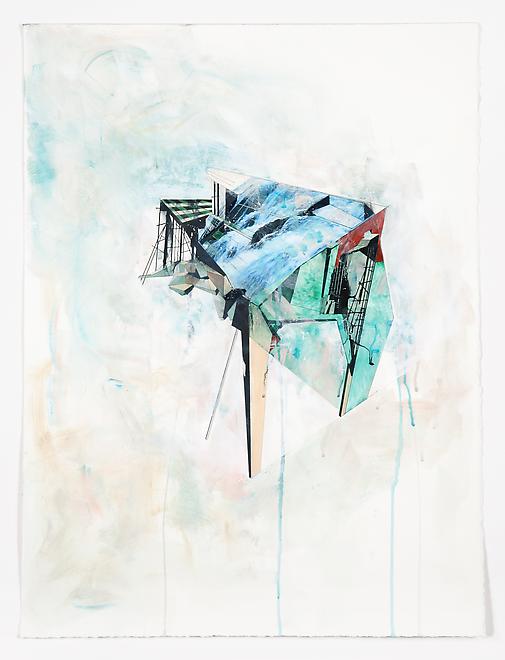 Lehmann Maupin is honored to inaugurate its first international exhibition space in the historic Pedder Building in Hong Kong with a solo presentation of new work by acclaimed artist Lee Bul, on view 14 March – 11 May 2013. The gallery has represented Lee Bul since 2007, and in that time, she has been the subject of two solo exhibitions at Lehmann Maupin, New York. The inaugural exhibition at Lehmann Maupin, Hong Kong marks the first solo presentation of Lee Bul’s work in China.

Considered the leading Korean artist of her generation, Lee Bul has achieved international recognition for her formally inventive, intellectually provocative oeuvre. Characterized by an unwavering defiance of boundaries, Lee Bul’s work demonstrates a commitment to exploring a variety of challenging media while experimenting with form. Her work is influenced by and references utopian thought found in literature, art and architecture, which are formally applied in sculptural works that refer to society’s pursuit of perfection in all forms of life; physically and as a society. Her work is evident of her vast knowledge and interest in tackling themes relating to human nature while remaining inventive, analytical, and producing thoughtful and masterfully constructed works.

For the inaugural show, Lee Bul has envisioned a dynamic installation that continues her exploration of ideas about utopia and the human condition; one that works in harmony with the gallery’s original architectural character, which was left intact during the renovation process. The exhibition will feature new sculptures intricately crafted by hand from polyurethane. Resembling small, imaginary landscapes or futuristic ruins, the surface of these sculptures are deliberately finished with patterns of brushstrokes evoking a poetic, painterly feel. This quality is echoed in the selection of the artist’s drawings that will be on view alongside the sculptures. Drawing has long been an integral and vital part of Lee Bul’s practice, an outlet for experimentation in ideas and forms that may eventually take shape as finished sculptural works. Of her creative process, Lee Bul has remarked, “I start to sketch or just write about my ideas and put them up all over my wall in my studio, and everyday I watch this grow into a map of ideas until one day I think, ‘Maybe I can make this more concrete and specific.’” Rounding out the exhibition, there will be three sculptures from one of the artist’s existing bodies of work that also engage with metaphysical and poetic concepts of architectural environments.