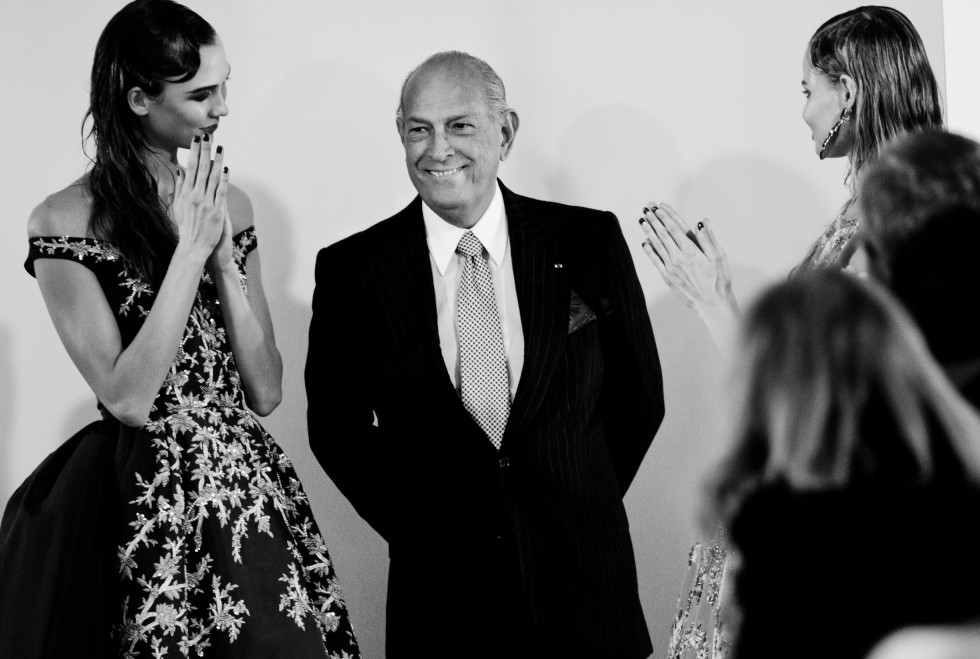 On October 20th, 2014, the legendary fashion designer Oscar de la Renta died in his home in Kent, Connecticut, after eight years of battling cancer. He was 82.

At a 92Y “Fashion Talks” event last year, de la Renta spoke of his cancer. “The only realities in life are that you are born, and that you die. We always think we are going to live forever. The dying aspect we will never accept,” he said. “The one thing about having this kind of warning is how you appreciate every single day of life.” And what a wonderful life he’s lived.

As a designer, who has dressed a catalogue of America’s First Ladies, from Jackie Kennedy to Nancy Reagan and Hilary Clinton, de la Renta’s satin dresses and tulle gowns also appealed to a  younger generation of women: Anne Hathaway, Rihanna, and more recently, George Clooney’s bride Amal Alamuddin. His work was diverse, vibrant, and specifically tailored to make women feel glamorous. To quote Hilary Clinton, “His name alone evokes elegance and timeless beauty. And his designs give each of us a chance to feel like we’re special, too.”

De la Renta was born on July 22, 1932 in the Dominican Republic to an influential family. The only son out of seven children, he left for Spain at 17 to pursue fine arts before he discovered his passion for fashion design. When the wife of the U.S. ambassador to Spain saw his sketchbook full of dresses, she commissioned him to design her daughter’s debutant dress, which landed on the cover of Life Magazine in 1956. With a little more confidence and attention surrounding his name, de la Renta apprenticed under Cristobal Balenciaga. He then moved to Paris to work with Lanvin and Balmain, before he eventually ended up in New York as a designer for Elizabeth Arden. In 1965, de la Renta launched his own brand with a ready-to-wear collection that would propel his status as a haute couture designer. Now, half a century later, Oscar de la Renta is one of America’s largest fashion power houses.

Reviewing the influx of Tweets, statements, and personal essays that flocked the internet after news of Mr. de la Renta’s death, it is without a doubt that he was not only ambitious and forcefully creative, but was also a warm, charming, and all-around fun man to be around. In a tribute to the designer and their friendship, Anna Wintour wrote:

“He was happy dining with the rich and famous, for sure, but equally happy playing dominoes with his devoted staff. His designs reflected his extraordinary personality: optimistic, fun, sunny, romantic… He always said accept your friends for who they are, not for who you want them to be. Oscar was everything you could want a friend to be.” 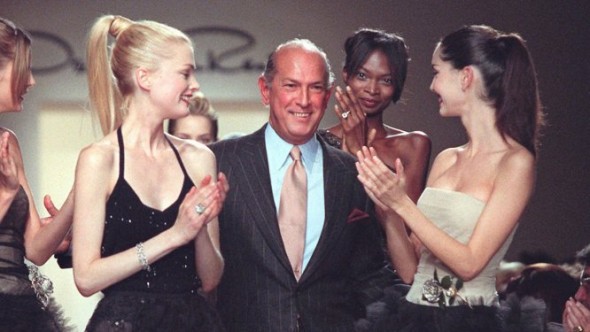 Last week on October 13, the Oscar de la Renta company announced that Peter Copping — the former creative director of Nina Ricci — would take over as the brand’s creative director. In a statement regarding the choice, de la Renta said, “Our industry has not always done the best job when it comes to changes in design leadership. My hope is that, in leading this selection, and actively participating in the transition, I can insure the right design future for our company and brand.”