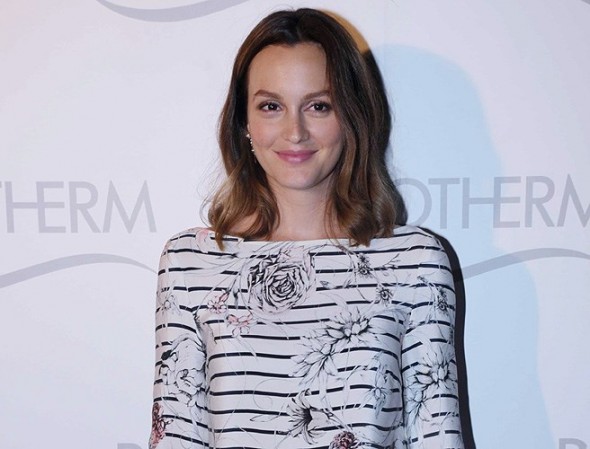 Gossip Girl star Leighton Meester has been deemed the global ambassador for French luxury skin care company Biotherm, owned by L’Oreal under the Luxury Products division. The recently engaged, twenty-seven-year-old well known for her acclaimed mean girl Blair Waldorf in Gossip Girl, looked radiant in Shanghai at Biotherm’s press event. Rocking a Marchesa Voyage jumpsuit, the actress beamed at her brand debut. Meester will be appearing in Biotherm’s face-care product campaigns, which will begin in early 2014.

Patrick Kullenberg, general manager of Biotherm International, shared reasons why the actress was the perfect choice for the brand’s new ad campaign. “[Meester] is very much in line with our values as a more natural brand,” said Kullenberg. “She has this glow about her. We wanted to have one person who was legitimate with our desire to recruit younger customers to the brand.” The central reason for launching in China, according to Kullenberg, is that the epicenter of the brand has shifted in the last two decades. “China, in the last two years, has become our number-one market, which was not the case just three or five years ago,” he said. “It is our number-one country, so it felt right to do our international event here in Shanghai.”

Meester will be appearing in international ads promoting the brand’s newest product lines, including Liquid White, a line of whitening products for lightening complexion is “sought-after and in high demand in Asia,” according to Kullenberg. The company will also launch a new campaign for Aquasource, Biotherm’s best selling hydration product, of which Meester will also be the face. Then early next year in Europe, Biotherm will launch Skin Best, an instant corrector with an optical smoothing effect. Chinese consumer sales, both domestic and international, make up roughly 20% of Biotherm’s global business.