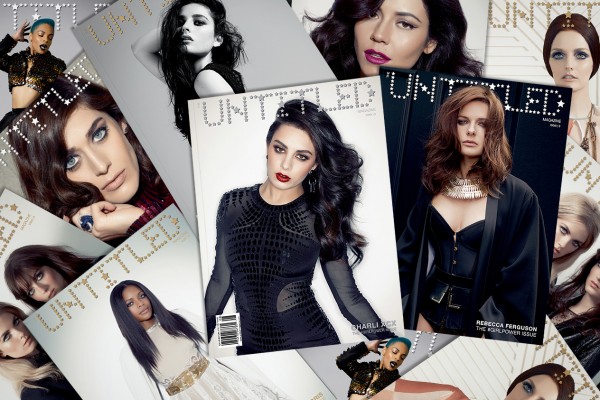 The #GirlPower Issue is a celebration of femininity in all its forms. This is truly one of the most unique issues I have worked on since launching The Untitled Magazine. Not only does it feature some of the most inspirational women on the radar today, it was also photographed exclusively by female photographers and written exclusively by female journalists. I can truly say it is an act of sheer female willpower. I wanted to shape it with the perspectives and voices of women today – what makes us tick, what inspires us and what challenges our ideologies.
Over twenty years ago, upon graduating from Columbia University with a triple major in Art History, French and Women’s Studies, I was at a crossroads: to pursue the path of my mother, and go to law school, or to follow my passion and pursue a career in photography.  I decided to take the challenge of the far more risky path. I packed my bags and moved to London, armed only with a camera and a dream.  At the time there were almost no female fashion photographers. I was determined to make an impact with my work – to present a female voice against the mass of male domination in the photo industry. Back then, the vast majority of images that women saw in magazines were those that were taken by men. The “male gaze” ruled the media industry, and aside from a handful of exceptions, fashion images of women by women were rarely seen. Over the years I worked not only in London, but also New York, Paris, Milan, and many other international cities. Throughout my freelance career, many models told me I was the only female photographer with whom they had ever worked.
This issue was by far my most challenging to date, partially because when I set out to produce an issue photographed exclusively by women, I didn’t realize how hard that was going to be. I was shocked to see that many photography agencies in the industry still do not represent any women whatsoever. Many mainstream magazines still only publish fashion photography shot by men. Some photo agencies told me that they don’t bother to represent women as it’s too hard to get them work. I truly believe that not only are women just as talented as men when it comes to photography, but that readers are truly interested in seeing images created by female photographers.
Despite it being over a century since women have gained the vote in many countries, including America, gender bias continues to be an issue in almost all sectors of employment. In the past twenty years since I started working in the photo industry, the statistics have hardly changed. Women still make up less than 13% of represented fashion photographers today. Female film directors have actually declined in numbers since the ‘90s with statistics reporting less than 8% of hired directors are women, and less than 5% of studio films are directed by women. To date only one woman has ever won an Oscar for Best Picture. In the field of journalism male domination still rules the landscape of reporting with less than 30% of bylines by women on average across the medias of TV, print and digital. I felt the timing couldn’t be better than now to create this issue, celebrating so many truly inspirational women. It is time for women to be fairly represented in the work forces of the media, to gain equality on all fronts, and not to have to fight for these rights, but to be able to take them as a given.
One thing there was no shortage of while curating the #GirlPower Issue was phenomenal women to feature. The issue presents exclusives with women across the arenas of fashion, film, music, art, business, politics, tech and sports. We talked to Bond actress Naomie Harris; Rebecca Ferguson, star of Mission Impossible: Rogue Nation; Lizzy Caplan of Masters of Sex and Sophie Turner, star of Games of Thrones. Musicians Charli XCX, Banks, Marina & The Diamonds, Carly Rae Jepsen, NERVO, and Tove Lo opened up about their paths to success and inspirations along the way. Street artist Swoon talked to us about art and activism, while we gained insight from fashion moguls Carmen Busquets, Alexandra Wilkis Wilson and Lauren Santo Domingo. These are just a few of the incredible women we interviewed for this issue, who not only inspired us, but who have succeeded in paving the way for future generations of women to follow in their footsteps. I was honored to work with such a diverse selection of fearless and accomplished women and to feature their honest and candid interviews in this issue. I hope you appreciate the wealth of incredible talent on these pages – made by women, but for all to enjoy.

This issue is dedicated to my mother Gloria, who has been a personal inspiration for me throughout my career. A National Merit Scholar, she was one of the few female graduates of The University of Chicago Law School in 1959. She was the editor-in-chief of The National Student Lawyer Journal published by the American Bar Association. Over the years she passed the bar in numerous states, including New York, California, Massachusetts, Texas, Iowa and South Dakota. She was instrumental in creating the first constitution for the Cheyenne River Sioux Tribe and was recognized by Presidents Kennedy and Nixon for her work setting up youth education programs throughout the United States. At the age of 79, she continues to practice law across the country, hosts her own legal TV show, and epitomizes nothing short of “Girl Power”.

Read more about The #GirlPower Issue.

Pick up your copy at The Untitled Magazine Store 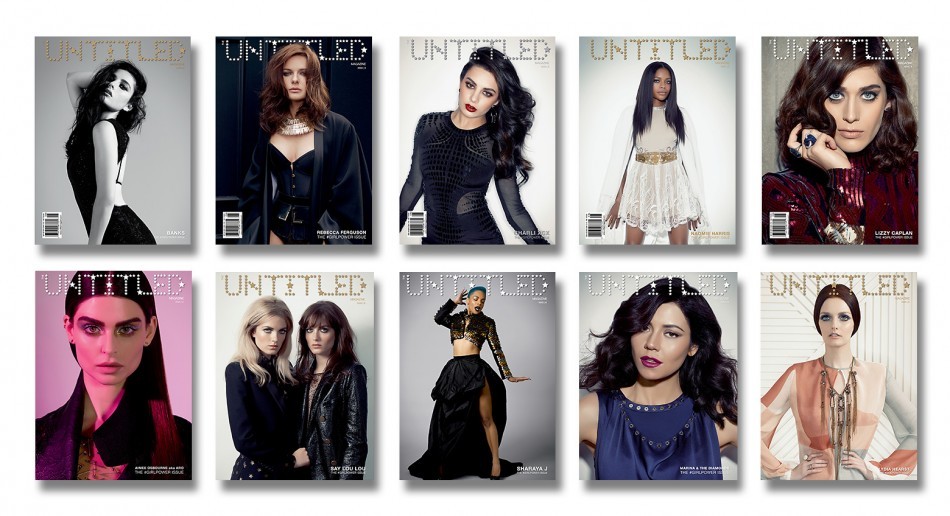