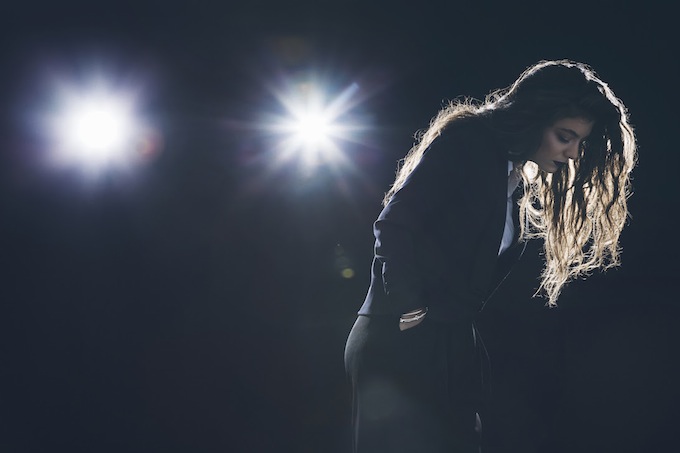 Two-time Grammy Award-winning, multi-platinum New Zealand songstress Lorde has announced she is returning to North America this fall. Her tour will commence in Philadelphia’s Mann Center on 09/05, making stops on the east coast, heading south, across the mid-west, and winding up on west coast at the prestigious Austin City Limits Festival in October.

Since her last North American tour — which included stops at 2014’s Coachella Festival and an impromptu appearance on stage with Nirvana’s Dave Grohl and Krist Novoselic at this year’s annual Rock and Roll Hall of Fame Awards — Lorde’s critically acclaimed debut album “PURE HEROINE” [LAVA/Republic Records] continues to dominate U.S charts. Her quadruple platinum single “Royals” holds the record for “Longest #1 on the Billboard Hot 100 by a Female Artist in 2013.” Her previous single “Team” was her second #1 on Adult Top 40, making her the first female artist in Billboard history to rule over the AAA Radio Airplay chart with two songs. “Team” also held the top spot for four weeks and landed at #6 on the Billboard Hot 100 with over 1.7 billion in radio audience to date.In January Lorde walked away with “Song of the Year” and “Best Pop Solo Performance” awards at the 2014 Grammy Awards and has since been nominated for an impressive 12 Billboard Music Awards and took home awards for “Best New Artist” and “Best Rock Song” for her debut single “Royals”Lorde also performed her current single “Tennis Court” for the very first time on national television at the 2014 Billboard Music Awards, held in Las Vegas.Since its release in September 2013, “PURE HEROINE” has reached PLATINUM status and has sold over 1.2 millions copies.

“Team” recently held the #1 spot on Top 40, Alt, Hot AC, and AAA, holding the crown across five formats, and becoming the number one pop song in the country.