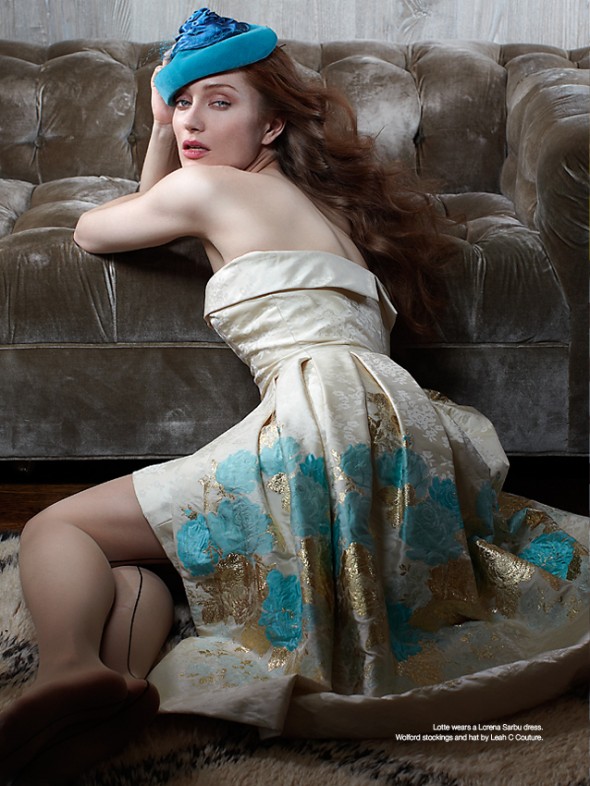 Lotte Verbeek is an award-winning Dutch actress, dancer and model. Her most famous role so far in her career has been that of Giulia Farnese in Showtime’s popular Italian royalty costume drama The Borgias. However, this might not be her most well-known role for long; the upcoming sophisticated erotic thriller from Mike Higgis, Suspension of Disbelief, where she’ll be playing a scintillating double role of French twin sisters, is sure to garner some attention. In this twisting, fact-becomes-fiction film noir, she uses her ethereal fairy-like charm (and a lilting French accent) to seduce both a father and his daughter- first as one twin, then as the other. The film is out April 14.

The Untitled Magazine spoke with the 29-year-old actress to discuss her international acting career.

I decided I wanted to be an actress at age eight.  I always loved imitating voices, studying the way people move, gestures. Then I took a detour through dancing. Trained professionally in classical ballet, in contemporary dance, and jazz, to find out it wasn’t my calling, and decided to place my eggs back in the acting basket.

I started working during my second year of drama school, five years ago and graduated four years ago

Can you name a favourite film?

The Hours, Trois Couleurs Bleu by Kieslovski, and Revolutionaty Road

Forgive me for not being terribly original, but Meryl Streep, Cate Blanchett, Juliette Binoche, Johnny Depp. What I admire in them is that they all have their own very unique way of infusing the work with their own personal touch. They’re very creative actors.

Most inspirational person in film?

My director Urszula Antoniak (Nothing Personal) whom I was lucky enough to work with on her first feature and whom I have become great friends with. She is an amazing writer, director, cinephile and has taught me a lot. So important to have somebody believe in you straight out of drama school.

I would be a psychologist

So many! Special love for Alberta Ferretti. Shoes: Isa Tapia, watch her take over the world!

If only I did.

The intimacy, the compression of time and space for the length of that one story that’s being told. Everything seems so much more relevant on screen!

I have always been fascinated by the nature of people, to grasp what they’re about.

Suspension of Disbelief is yet to come out. It is Mike Figgis’ new feature film in which I play a double role of French twin sisters.

Most notable film / tv / theatre credits (in your opinion)?

Nothing Personal and The Borgias.