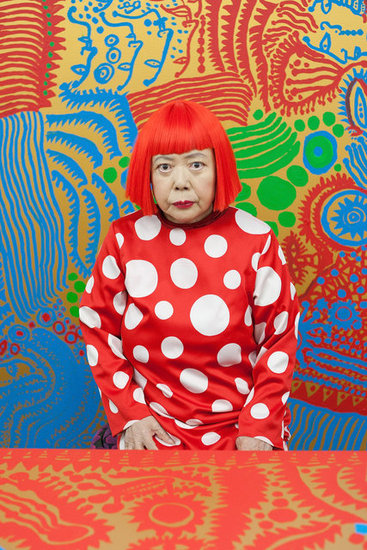 Louis Vuitton has just announced their latest collaboration with 82-year-old Japanese artist Yayoi Kusama, known for putting her trademark polka dots on everything, including cars, tree trunks, and herself.  The collaboration will be unveiled on July 10, hitting stores just in time for Kusama’s major retrospective at the Whitney Museum in New York. According to Women’s Wear Daily, much like Kusama’s artwork, the collection will feature items covered in an explosion of dots in bold primary colors, including silk pajamas, dresses, trench coats, jewelry, bags, and shoes.  In Louis Vuitton’s past collaborations, most notably with Stephen Sprouse and Takashi Murakami, Marc Jacobs has had each artist rework the famous LV monogram, tailoring it to their personal aesthetic. Kusama’s polka dotted interpretation of the iconic Louis Vuitton stamp will surely be a memorable and highly coveted addition. 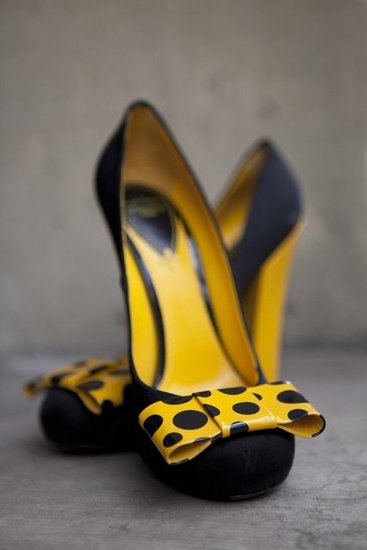 A capsule collection of ready-to-wear clothes and accessories will be sold in all 461 Louis Vuitton stores worldwide in July, followed by a second rollout in October of spotted and monogrammed leather goods. Yves Carcelle, president of Louis Vuitton, said that the artist has been, “very involved personally in every detail of the product.”  Marc Jacobs, also a lover of dots, considering his Fall 2011 collection for his own line and most recent fragrance “Dot,” described Kusama’s designs as “both timeless and endless.”  Each piece in the collection will be available in limited quantities and are intended to become collector’s items.  However, for those who can’t afford a piece from the Louis Vuitton x Yayoi Kusama collection, or simply can’t get their hands on it, Vuitton will also be launching an iPad app that lets you take photos and customize them using one of Kusama’s motifs! 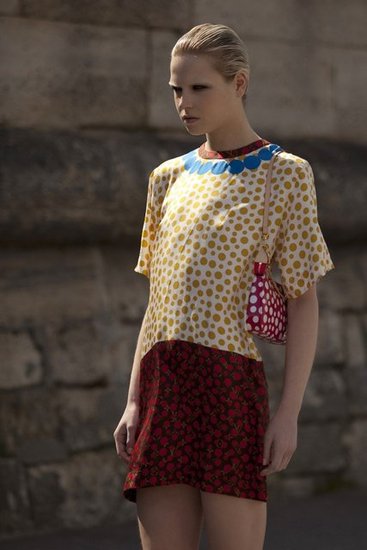