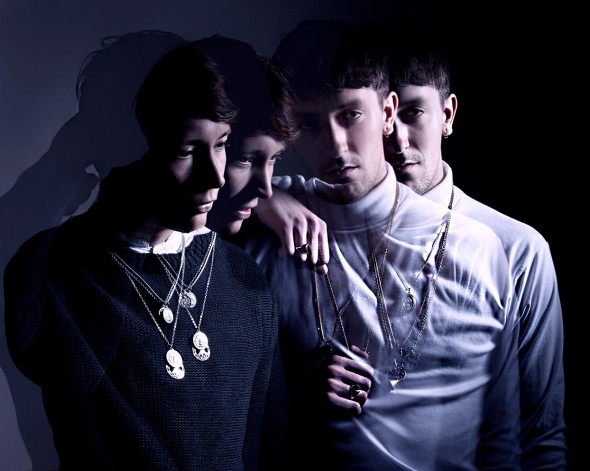 Brooklyn via London synth-pop duo LOVELIFE have debuted a brand new video for their single ‘Your New Beloved’ with MTV Hive in preparation for their return to the US for a coast-to-coast tour stopping through this year’s SXSW. Lovelife’s Lee Newell said that he wanted the video, directed by Frederick Lloyd, to reflect how isolating and self reflective a transition as serious as the end of a relationship can be,”and it does exactly that through dark imagery and symbolism. The band wrote the track, taken from their The Fourth Floor EP, in their Brooklyn loft during the throes of Hurricane Sandy, and the anguish imprinted into its sound is tangible.

Newell and his Lovelife compatriot Ally Young spent half of 2012 in New York City, where they played a string of dates in and around the city capped by a set of breakout performances at CMJ Music Marathon, earning praise from Yours Tru.ly, Under the Radar, Entertainment Weekly, and more. The band released two self-produced EPs in 2012 (El Regreso and The Fourth Floor), which have received over 115,000 plays on SoundCloud and 15,000 downloads, and have performed with Fitz and the Tantrums, St. Lucia, The Neighbourhood and more.

Lovelife utilizes swirling synth pads, impassioned vocals and robust, precise beats to create a blend of smooth, brooding R&B and shimmering pop with more substance than most. Their infectious hooks and slick production have drawn a legion of fans in their short existence, which is poised to grow even further after their return to the US.They’ve also done official remixes for The Killers, Neon Trees, Maroon 5 and Imagine Dragons, and there are more in the works, along with a new album of original material later this year. Watch the video, catch them on tour, and stay tuned for their full SXSW lineup.

E4RTH PRESENTS "THE G4ME OF L1FE" MIXTAPE FEAT. NEW TRACK "GOO GET IT"