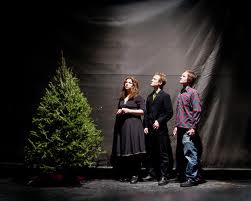 Sub Pop Records is excited to offer another fantastic song from the upcoming LOW record, The Invisible Way set for release on March 19. The subtle yet grand “So Blue” is available for download and streaming HERE. The band will be making a video for the song and they are asking their fans for assistance. The clip will be comprised of fan photos inspired by “So Blue” and submitted through the band’s Facebook profile at www.facebook.com/lowmusic or on Twitter using Twitpic or Instagram. Fans are being asked to make sure to tag @lowtheband and include #lowsoblue on Twitter. Photos need to be submitted by March 12th in order to be considered for inclusion in the video.

On Thursday, March 7 at 7pm, saki, the boutique record store, art gallery and performance space in Chicago, is partnering with the City of Chicago Department of Cultural Affairs and Special Events to present Low and The Invisible Way album producer and Wilco frontman Jeff Tweedy in their “Off the Record” series. At the event, Low will be playing stripped down versions of the new record and, along with Tweedy, participating in a Q&A about the making of The Invisible Way. Low have now confirmed an appearance at Wilco’s Solid Sound Festival at MassMoca in North Adams, MA, during the weekend of June 21 – 23.

The European tour dates are below:

MARQUES TOLIVER SET TO RELEASE LAND OF CANAAN ON MAY 14