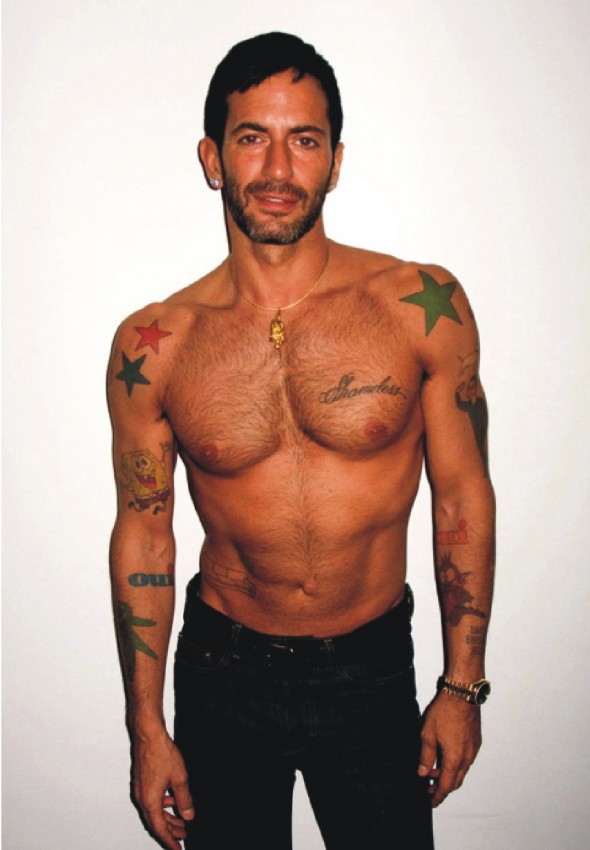 Marc Jacobs is going from the runway to the silver screen, even if he has to put on a pair of dad jeans to do it. The hunky 48-year-old American designer is set to make his film and acting debut in upcoming tech thriller Disconnect, directed by Henry Alex Rubin of Oscar-nominated documentary Murderball. Disconnect—which depicts a cast of characters entwined in a nightmarish online dystopia– is scheduled for release on April 12th. Starring alongside Jason Bateman, Alexander Skarsgard, Andrea Riseborough, Paula Patton, Frank Grillo and Michael Nyqvist, the drama premiered at the Toronto International Film Festival and the Venice International Film Festival in 2012 to positive reviews.

Not surprisingly, the oft-subversive Jacobs has been cast in a controversial and sexually stigmatized role. He is taking on the role of Harvey, the proprietor of an underage Internet porn house. He described his character to Entertainment Weekly as “ sort of a father to them in the house — the Fagan of all these wayward kids who come stay in this house.” He claims that in the end, Harvey is not a bad character.  “I’m actually the one who is protecting them in a way. I’ve taken them off the streets, and they don’t get harmed. They’re doing something that is virtual, though they are talking about sex. But you can look at it two ways. Harvey isn’t a pimp, having them meet up like street hookers or giving them drugs. He provided a home for the kids.” Playing this character is sure to raise a few hackles, but Jacobs is no stranger to making people mad. Although he does admit that the role “is sleazy.”

Just don’t expect fashion-sleaze. Jacobs told EW that his character’s wardrobe might be the most shocking part of the character. He offers by way of comparison: “I was going to a cabaret inspired Halloween party. I did it as one of the cabaret girls with shorts and a sequin beaded bra and dance shoes and stockings and a top hat and all this glitter, and I came out in that in my fitting room among my design team and no one thought anything of me in a bra and a panty with glitter on the crotch. But then when they had the fittings for the movie, when they saw me, my design team was all in hysterics. I had these really tacky suburban disco shirts with crucifixes embroidered on them, and the worst fitting dad jeans – I never wear jeans anyway – but these were just bad and acid washed with flannel zip jackets sewn to the side. And they put big silver rings on my fingers and earrings. So they just couldn’t stop laughing.”