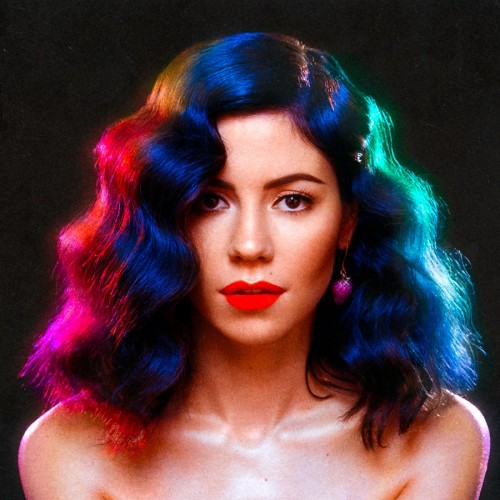 Marina And The Diamond’s third album, “FROOT,” is out earlier than the planned April release because of a leak. Once released, there were no worries, however, that the early release could have hurt interest in the album – it is now sitting pretty at #8 on the SoundScan/Billboard 200, with sales in excess of 46k – Marina’s highest chart placement and greatest overall sales week to date. “FROOT” also debuted at #4 on the Top Albums Chart, and reached even higher, to #1, on iTunes Store’s “Top Albums” chart in the U.S. as well as Argentina, Greece, Ireland, and the United Kingdom, where the Welsh-born songstress is from. Loyal fans have stuck with her despite a significant change in musical tone, and some even say genre, with the new album sounding a lot more introspective, moodier, and softer than her previous Electra Heart album. Critics are also impressed with her new sophisticated sound, calling her “… just about the best pop star in the UK.”

Marina has spent recent days in the spotlight, making high profile TV appearances on ABC’s Good Morning America and NBC’s Late Night with Seth Myers. Be sure to look out for our own shoot and exclusive interview with the songstress in The Untitled Magazine‘s forthcoming Girl Power Issue!