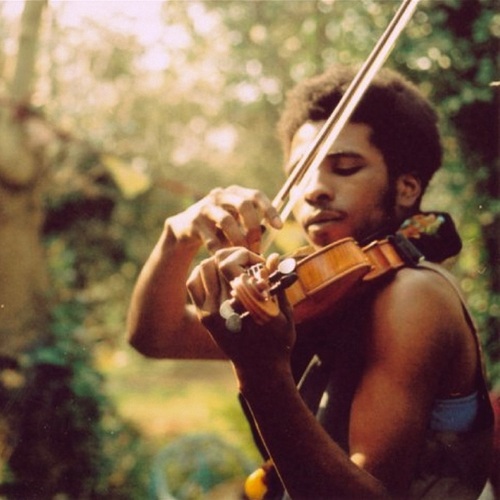 Fresh off a European tour with label mates Beach House, Marques Toliver has released his new single “Control” on iTunes. In addition Toliver has also premiered the official music video for the song. This coming May 14th will see the North American release of Land Of CanAan via Bella Union, the much anticipated follow up to his critically acclaimed Butterflies Are Not Free EP. Marques Toliver will perform in New York City on May 2nd at the Mercury Lounge.

Marques Toliver seemed to burst onto the scenes in the UK, making waves with a much heralded breakout performance on Later With Jools Holland. The performance drew the interest of Bella Union, who released his first EP Butterflies Are Not Free.

On Land of CanAan the Daytona, FL born musician – who currently splits his time between Antwerp, NYC, and London – drew inspiration from love and longing and by reading the autobiography My Bondage My Freedom, by abolitionist Frederick Douglass. “Land Of CanAan stems from an upbringing in America’s Deep South. It was while reading the Douglass’ autobiography that Toliver would come across the refrain found on the albums opening title track. “There was a line in there about the slaves singing, ‘Oh CanAan, Sweet CanAan, I am bound to the land of Canaan…'” recalls Toliver.

Toliver began his training in classical violinist at the age of 10, and would later enroll in music school. Frustrated with academia however, and keen to throw him-self into the real world of music making. Toliver took a leap of faith and traveled to New York City. Through busking in subways and working as a freelance musician, he was noticed by and quickly made friends with fellow artists. Soon enough he found himself playing live and on records for the likes of Holly Miranda, Grizzly Bear, and Miles Benjamin Anthony Robinson. Not content to sit still, he would again throw caution to the wind and move to London, where after winning over that city’s musical landscape in similar fashion.

Land of CanAan will be released May 14th via Bella Union.