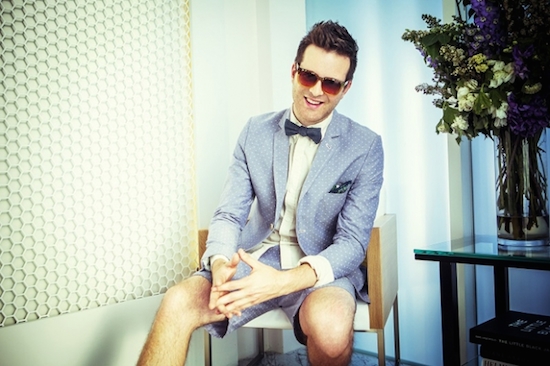 Mayer Hawthorne has premiered the official music video for “Crime” featuring Kendrick Lamar. The music video was directed by Parks and Recreation actress Rashida Jones, and her comedic tone can be seen throughout the video, which sees Mayer on a hero’s journey to reach an exclusive event.

When discussing the concept behind the video, Jones says, “The video is a parody of ridiculously exclusive parties which are made nearly impossible to get to but tout themselves as ‘the party of the year.’ I liked the idea of the video starting as a sexy getting-ready video and devolving into a messy, very unsexy, unexpected trek. And the final realization is that YOU are the real party! I’m just starting to realize that about myself (which is why I stay home most nights). I am a HUGE fan of Mayer, Kendrick, and of the song ‘Crime’ and it was an honor to work with Mayer.”

Mayer Hawthorne couldn’t agree more saying, “I still can’t believe Rashida agreed to direct. We had so much fun making this. Her effortlessly cool sense of humor comes through so…uh…effortlessly.”

Since his debut in 2008, Mayer has released three well-received full-length albums, had songs licensed for film and television, and toured the world with Bruno Mars, Foster The People, Erykah Badu, Janelle Monae, and the late Amy Winehouse. His latest album, Where Does This Door Go, features a host of top-flight production work from Pharrell Williams and Oak (of Pop & Oak) amongst others.

See Mayer’s upcoming tour dates and his music video for “Crime” below:

UPCOMING TOUR DATES
For tickets visit Tickets Now and get up to 10% off, or visit Ticketmaster.