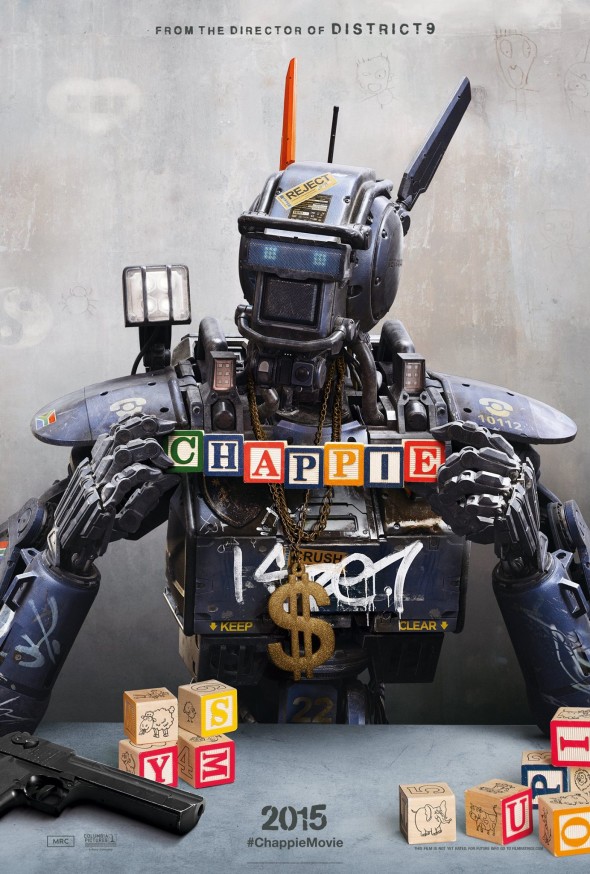 Set in the near future, crime is patrolled by a harsh mechanized police force. But when a police droid named Chappie is taken and re-programmed, he begins to think and feel for the first time in his existence. Now seen as a threat, our robotic hero must now choose where it will stand as the oppressed population begins to stand up for themselves.

Filmmaker Neill Blomkamp’s previous directing credits include District 9 (2009) and Elysium (2013). On February 18th, 2015, it was confirmed that he would be directing the fifth installment in the Alien franchise, due out sometime in 2017.

With a screenplay by Blomkamp and his wife Terri Tatchell, Chappie is based on the short film Tetra Vaal (2004), written and directed by Blomkamp.

THE NEW WHITNEY MUSEUM OF AMERICAN ART - NYC – OPENING MAY 1