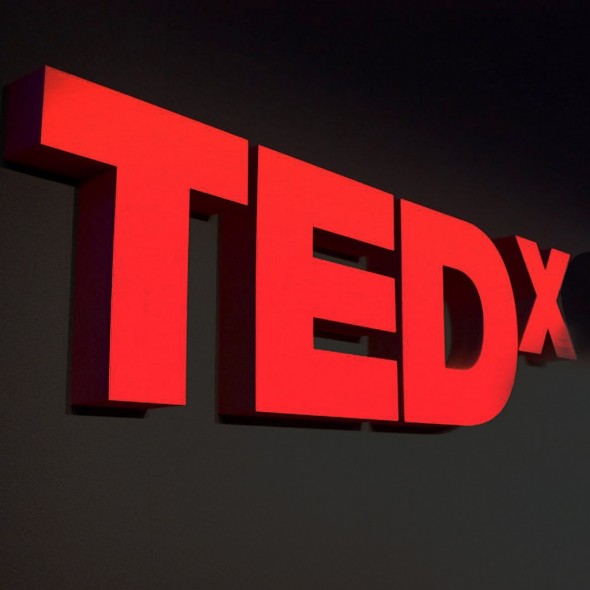 The TEDxMet event to be held at The Metropolitan Museum of Art this Saturday, October 19, 10:00 a.m.–5:00 p.m., will be streamed live on the Museum’s website at www.metmuseum.org/tedxmet. The theme of the program is Icons. The Metropolitan Museum is the first art museum to receive a TEDx license to hold a conference in the style of the globally known TED talks. Tickets for the event at the Museum’s Grace Rainey Rogers Auditorium were in such demand they sold out well in advance, but fans of the renowned talks can view it from home via the live stream.

When announcing the TEDxMet speakers and performers in September, Thomas P. Campbell, Director and CEO of the Metropolitan Museum, said: “The Met has always been a place where geographic and cultural boundaries collide, where ideas connect through our collections and our audiences. In that respect, the TEDxMet program represents a more intense version of what goes on in our galleries every day. We’ll watch what happens when a wide-ranging line-up of artists, scientists, writers, dancers, musicians, curators, and even a comedian bring their observations and ideas to bear—in full-throttle TED style—on the theme of Icons. I hope that TED’s groundbreaking approach for sharing ideas will resonate through our future programming here. I want to thank Adrienne Arsht for her vision and generosity in supporting this landmark event for the Met.”

The participants (in alphabetical order) are:
Kyle Abraham, award-winning dancer and choreographer, currently the New York Live Arts Resident Commissioned Artist for 2012-14;
Alice Attie, a visual artist who will create drawings based on the TEDxMet Talks;
Andrew Bolton, Met Costume Institute curator, who organized the popular 2011 exhibition Alexander McQueen: Savage Beauty;
Thomas P. Campbell, Director and CEO of the Metropolitan Museum and former TED speaker;
Negin Farsad, an Iranian-American comedian recently named one of the 50 Funniest Women by the Huffington Post, whose film The Muslims are Coming! opens internationally later this month;
Navina Najat Haidar, Curator in the Met’s Islamic Art Department, who recently helped complete the department’s stunning new galleries;
Melanie Holcomb, Met Curator of medieval art and the co-curator of a 2016 exhibition on Jerusalem in the Middle Ages;
Bill T. Jones, legendary dancer/choreographer;
Maira Kalman, author and illustrator;
Eric R. Kandel, neuroscientist and Nobel laureate;
James Nares, an artist who will present the first wordless TED Talk;
Nicolai Ouroussoff, New York architecture critic and writer;
Jeff L. Rosenheim, Curator in Charge of the Met’s Department of Photographs and curator of the acclaimed 2013 traveling exhibition Photography and the American Civil War;
Lorna Simpson, an artist whose work examines experiences in contemporary multi-racial America;
Andrew Solomon, a writer and lecturer whose latest book, Far from the Tree: Parents, Children, and the Search for Identity (2012), won the National Book Critics Circle Award for Nonfiction;
Elizabeth Streb, a MacArthur “Genius” Award recipient, action architect, and author of STREB: How to Become an Extreme Action Hero;
and Luke Syson, the Met’s Iris and B. Gerald Cantor Curator in Charge of European Sculpture and Decorative Arts since 2012, who organized the landmark 2011 exhibition Leonardo da Vinci: Painter at the Court of Milan at the National Gallery, London.

Iconic financier, banker, art collector, and Met trustee/donor J. Pierpont Morgan will also be represented by Hilary Sargent, founder of ChartGirl.com, recently called one of the 50 Best Websites of 2013 by Time magazine. In addition, vocalists Theo Bleckmann and Emily Eagan will perform music by Meredith Monk and So Percussion will serve as the ‘house band’ for the TEDxMet event.

The full TEDxMet program will be streamed live on October 19, 10:00 a.m.-5:00 p.m., at www.metmuseum.org/tedxmet. This online page devoted to the event also carries the most up-to-date information about the program and live stream. For live updates during TEDxMet, follow @metmuseum on Twitter and Instagram. Those attending the event or following along online can use #TEDxMet and tag @metmuseum to be a part of the conversation.

GROUNDBREAKING FEMALE ARTISTS TO INSPIRE YOU THIS WOMEN’S HISTORY MONTH