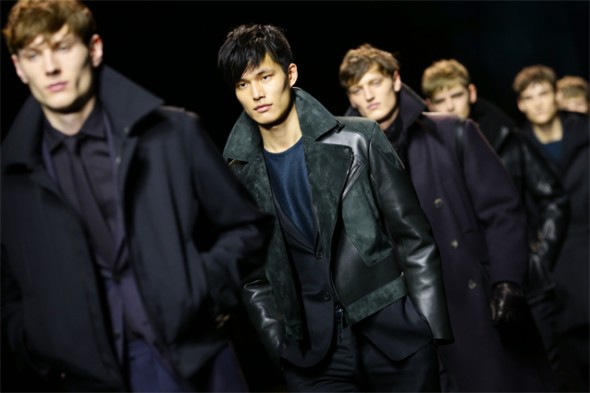 Milan, which has long been a fashion capital of the world, will host its men’s fashion week for Autumn/Winter 2014 Jan. 11-14, formally titled Milano Moda Uomo. Here’s a fun fact to know before you go (or track online): What people in other fashion hubs – New York, London, Paris – refer to as the “fashion industry,” Italians refer to as the “fashion system.” Perhaps this terminology stems from the nation’s methodical approach to sartorial goods rather than the business, commercial side of clothing the human body – ingrained traditions rather than modern innovation.

In the 1950s, a group that eventually became what is now the Camera Nazionale della Moda Italiana (The National Chamber for Italian Fashion) pushed Italy’s fashion system into the global sphere, prompting other international markets to do the same and spurring the nascent omnipresence of fashion weeks. But while “Made in Italy” still holds a certain amount of prestige, some fashion designers, such as Burberry and Alexander McQueen, have begun to switch their markets from Milan to London, where forward-thinkers gain more traction and buzz than old-school traditionalists. In response, at the last Milano Moda Uomo in June, a new group of Italian designers formed whose goal is to recharge the system with new vision and talent to gain back the influence it once held. Company directors of Zegna, Prada, Missoni and Tod’s are on board; their influence alone is enough to take view the mission in full seriousness.

In the first Milano Moda Uomo since this development, the roster of designers is star-studded as usual: Bottega Veneta, Emporio Armani, Fendi, Gucci, Jil Sander, Marni, Missoni, Prada, Roberto Cavalli, Salvatore Ferragamo, Versaci and Vivienne Westwood among others. But with fresher designers such as DSquared2, D.Gnak and MSGM in the mix as well, perhaps Autumn/Winter 2014 will prove an in with the old and in with the new, too.