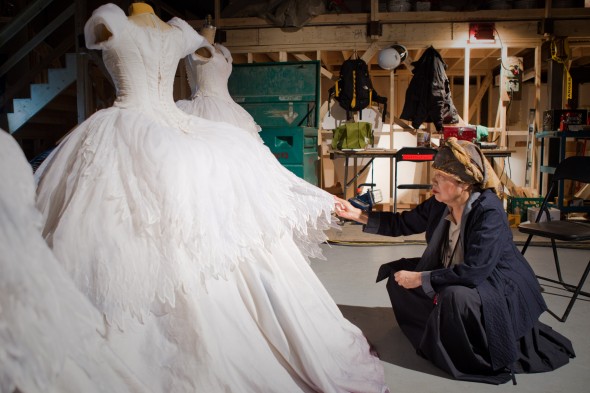 Eiko Ishioka might not be a household name, but her influental visual style had a major impact. Known as one of the worlds top Art Directors, Eiko has worked with influential artists such as Bjork, Francis Ford Coppola and Miles Davis. She was decorated with an Oscar, a Grammy, and numerous other awards. 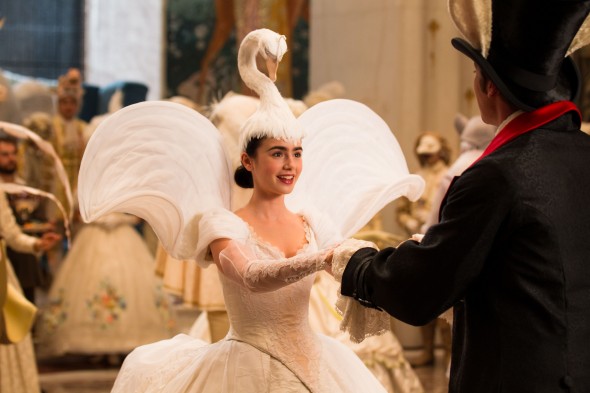 Having passed away earlier this year at the age of 73, Eiko’s spirit lives on in the costume designs for the film Mirror Mirror. Her gothic, oversized, daydream-esc style make this film a visual feast. Playing with the story tale them of the film, Eiko’s designers create modern designers that reference well known foundations of storybook facility ( such as a wedding dressing that references Walt Disney’s Snow White). The grand ball scene is full of dynamic visuals, the guests dressed in gowns inspired by animals, in shades of muted winter while Julia Roberts, who plays the queen, is dripping in shades of red as a grand peacock. This film shows us how designers such as Alexander McQueen drew visual influence from this gifted visual artist. 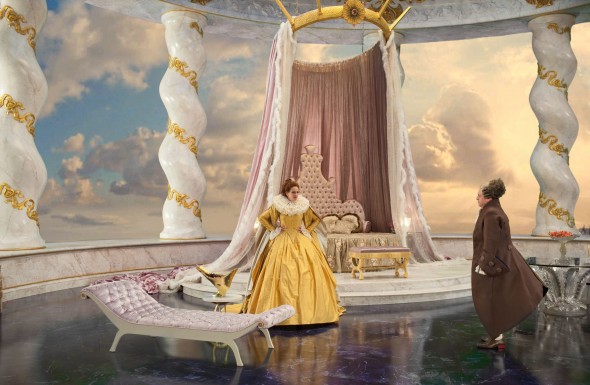