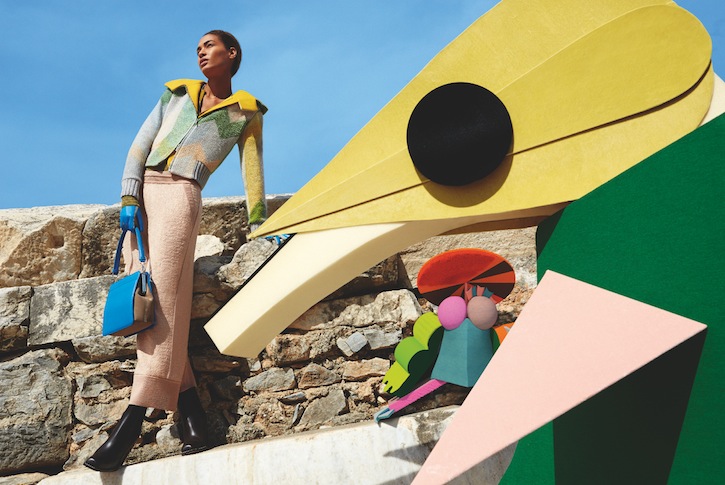 Joan Smalls and Justin Barnhill are the protagonists of the Missoni Fall-Winter 2014-15 advertising campaign, once again shot by Dutch photographer and artist Viviane Sassen and styled by Vanessa Reid and Stephen Mann. Angela Missoni has also collaborated again with Studio M/M Paris for art direction to help conceive a world advanced in time, like a daydream in the year 2970, symbolizing the aspirations, energy and highly imaginative vitality of the Missoni language and lifestyle.

Fashion forms the foreground of the campaign, which is staged against the backdrop of an archaeological site and features abstract, geometric silhouettes of robotic “alter egos” which interact with Smalls and Barnhill. The campaign successfully juxtaposes the past and future, art and science fiction and creates a pictoral futurama, an ironic and surreal collage which seeks to evoke the palette, cuts, textures, patters and geometric patchworks of the collection.

Cut-outs of forms and colors expand and exalt the identity of the Missoni woman, transforming her into the adventurous character from a sci-fi cartoon or a Futurist figure in the style of Balla or Depero. This multifaceted model of femininity and elegance, simultaneously sinuous and angular, daring and ironic, is both real and dream-like. 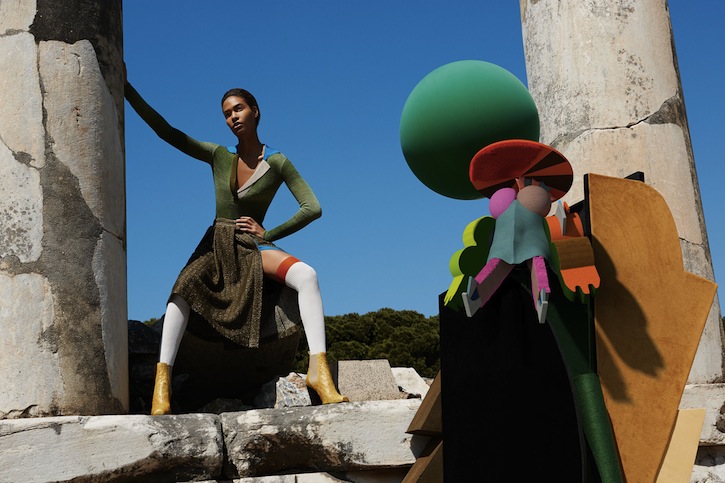