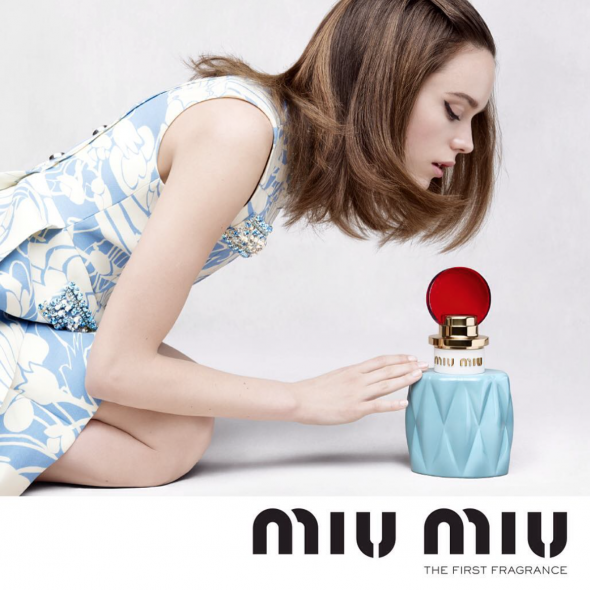 Miu Miu is releasing the fashion brand’s first ever fragrance. Since the first announcement in 2013, Miu Miu, which usually specializes in women’s clothing and accessories, has been under wraps concerning the details of the fragrance and campaign. But now, it has released the name and face of the highly anticipated campaign. Named Miu Miu Eau de Parfum, the campaign features actress Stacy Martin.

Stacy Martin is best known for her role in the controversial two-part film, Nymphomaniac, released in March of 2013. The French actress also appeared in Miu Miu’s 2014 ready-to-wear campaign.

Along with perfume, the campaign will also be advertising an accompanying shower gel and body lotion. The brand has yet to reveal any information concerning the fragrance’s smell. Nevertheless, for those who are curious, the fragrance will debut at the Harrods department store in the U.K. and hold an exclusive sales events in Neiman Marcus and Bergdorf Goodman from September to December 2015.