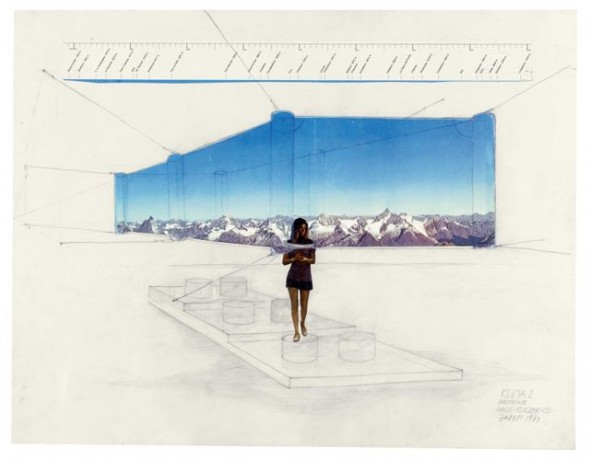 Mathematician Wilfred Hodges reminds us that model comes from the late Latin word modellus which is a measuring device. “Often a device that measures out a quantity of a substance also imposes a form on the substance… So, ‘model’ comes to mean an object in hand that expresses the design of some other objects in the world.”i Model Theories explores the capacity of artworks to function as models. The works on view raise the following questions: How do art objects involve themselves in their own interpretation? How does a model give shape to the phenomena it describes? How do art works convey propositions without an explicit formal language? The exhibition brings together works from a wide range of mediums—sculpture, drawing, painting, photography—referencing a variety of model making practices. We build models for different reasons. Some are patterns for future constructions. Others take form to organize our observations of the world. And then there are abstract models, models of meaning. The problem for model builders, whether they are artists, architects, scientists, or mathematicians is the problem of interpretation. The exhibition will be accompanied by a fully illustrated catalog documenting the artworks on view and including interviews and texts developed in conversation with artists as well as model-­‐makers outside of the arts.