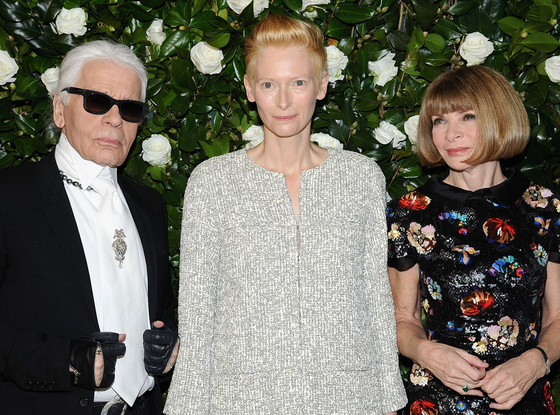 For their 6th annual film benefit, the Museum of Modern Art in New York honored Tilda Swinton on the celebration of her 53rd birthday. Guests were treated to food and drinks as they watched reels of her work and listened to several tributes in the same venue that hosted Swinton’s famed performance-art piece The Maybe earlier this year.

The night was attended by a number of famous faces including Anna Wintour, Karl Lagerfeld, Jessica Biel, Lorde, Alexa Chung, David Bowie, Michael Bloomberg, Sofia Coppola, Rachel Roy, Zac Posen, and Lorde, who performed, among many others. Swinton’s patent but ineffable star appeal was evident last night more than ever, with many friends and colleagues singing of her praises. 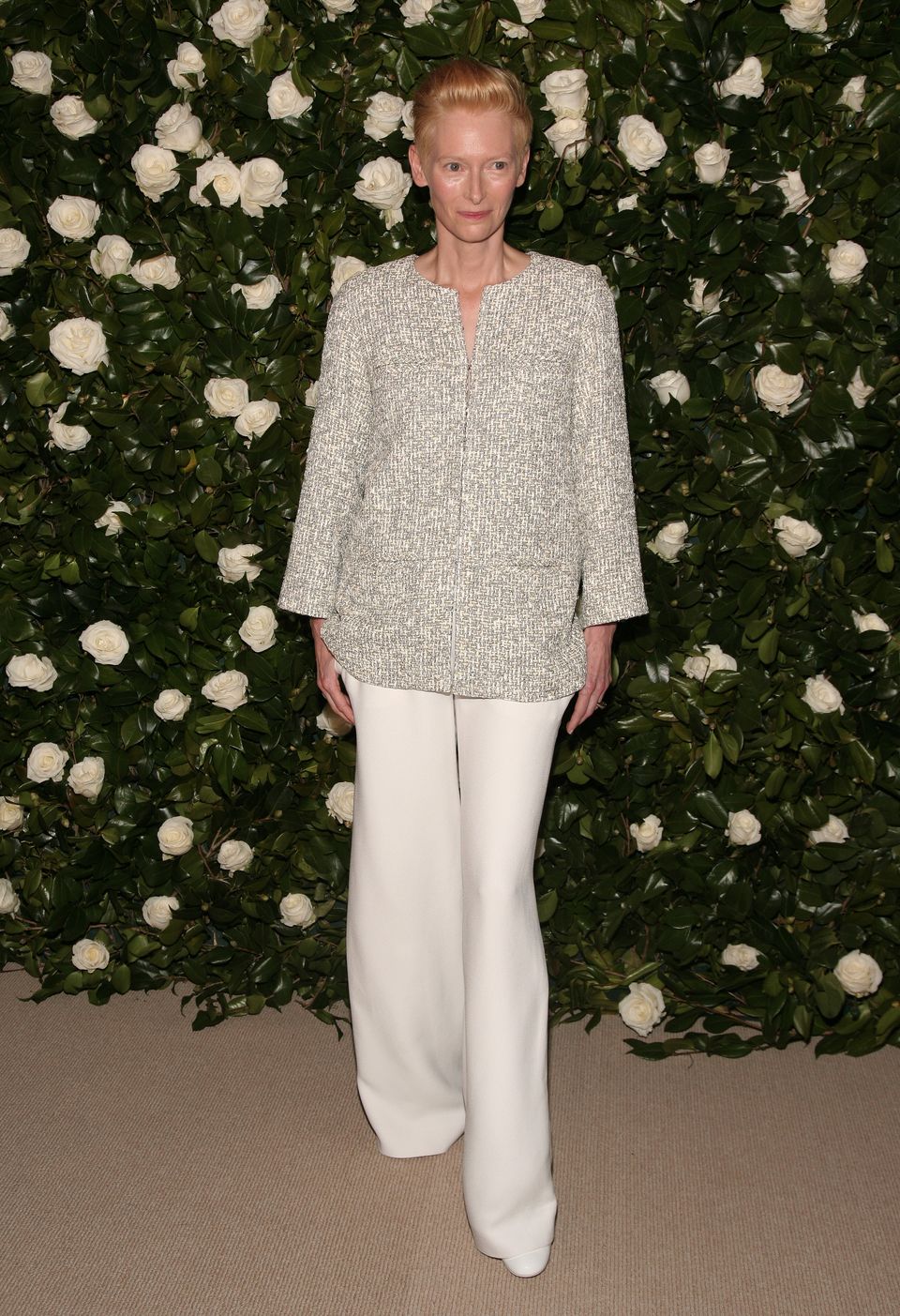 “She’s fearless and she’s so diverse in her choices,” Anna Wintour said. “Many movie stars or celebrities tend to get comfortable in a certain role and a certain type of film, a certain style of dressing. Tilda is very adventurous.” Karl Lagerfeld had more to offer on her respected status in fashion, commenting, “She’s not one of those girls in the fishtail dresses. No, no, no. She has more style than that. And people think she’s like a chic fashion victim. She’s the most down-to-earth person you will ever meet.” Korean director Joon-ho Bong, who Swinton worked with for the 2013 film Snowpiercer, was the most upfront of Tilda’s ethereal, otherworldly grace and elegance, gushing amicably, “You’re like an alien who landed in Scotland.”

Clad in a shapely tweed jacket and white trousers, both Chanel, Tilda Swinton was all smiles and gratitude. “How lucky am I,” Swinton simply said of the night.

Tilda Swinton is an Academy Award-winning British actress. She was born in London, later graduating from Cambridge University with a degree in Social and Political Sciences, and began her acting career in theater and arthouse films. Her move to the mainstream started in early 2000’s with The Deep End

for which she was nominated for a Golden Globe. She won the Academy Award for Best Supporting Actress for her role in Michael Clayton. Since then she has appeared in a number of feature films, having had a slew of films out in 2013 and The Grand Budapest Hotel announced so far for 2014.

Her influence, though, extends past film. Her performance art piece, The Maybe, was installed at the Museum of Modern Art for some time and featured the actress sleeping in a glass box at which museum visitors could gawk. She is also revered in the fashion industry, having been the face of Chanel’s Paris-Edimbourg collection after she was personally selected by Karl Lagerfeld, beating out other popular contenders like Rihanna, and has graced the cover of various celebrated fashion magazines. She is known for her clean and edgy elegance.