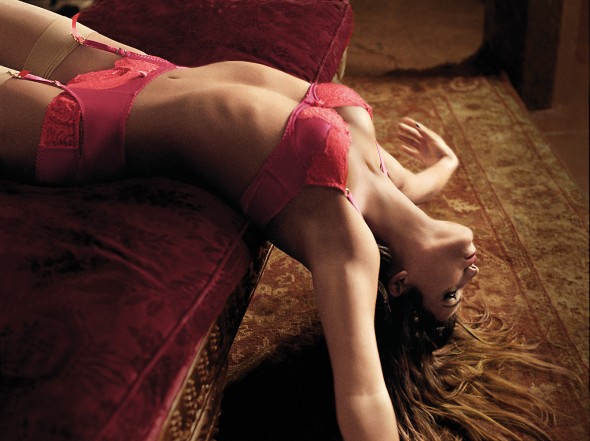 For Autumn Winter 2012, Agent Provocateur presents Wilhelmina: Show Your True Self, a Victorian era mini-film directed by Tim Pope, whose resume includes the music videos of Iggy Pop, David Bowie, and The Cure. The “darkly delightful” story follows a caped woman as she leaves her horse-drawn carriage in the dreary streets of London, descending into the Gothic underground of Clerkenwell’s ‘House of Detention’. The former prison’s rumors of haunted halls add some serious intrigue as the woman, Mónica Cruz,  is escorted by a photographer, Roy Holder, to a makeshift stone-walled studio. Once the photographer ducks under the view camera’s cloth, the device magically transforms her outfit from white floor-length dress to vixen-worthy lingerie. Her Agent Provocateur spirit is revealed in a series of glamorous, sultry poses and sexy negligee (chains not withheld), through which she mesmerizes the photographer to the point of wide-eyed shock.

Agent Provocateur’s Creative Director, Sarah Shotton commented, “The film is glamorous, dark and mysterious. It is set in a gothic underground space, brought alive by Mónica Cruz’s frenzied and fantastical performance. Mónica is a beautiful embodiment of the Agent Provocateur brand, knowingly sexy and empowered by her own sensuality.” She adds, “I’ve been a huge fan of Tim Pope’s work since my teens. His music videos made a huge impact on me and helped shape who I am now. I was very excited and honoured to work with such a creative mind.” In reply, Pope noted that Agent Provocateur was “a dream brand to work with.” 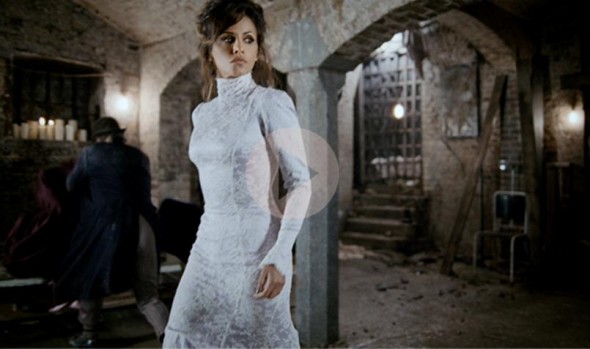 THE 15TH ANNUAL WARM UP SERIES AT MOMA'S PS1