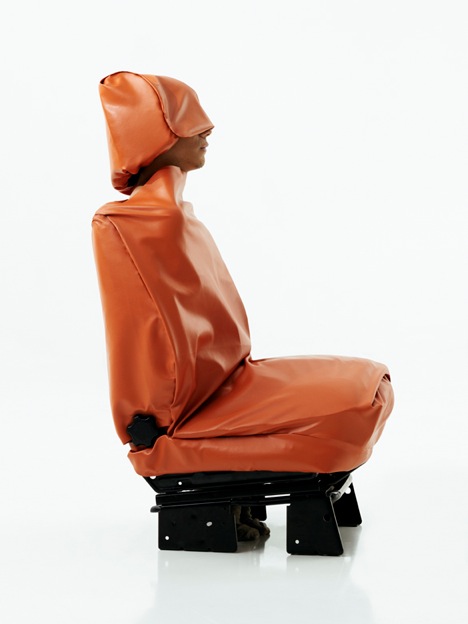 International Arts Movement presents The Other Side, a collection of 3 photographic series by Monica Lozano, curated by Sergio Arribas and Dhruv Malhotra. Lozano was raised in Ciudad Juarez Mexico which today is considered to be one of the most dangerous cities in the world. Her work is inspired by real stories of people’s courage, determination and strength, particularly those who have lived through difficult experiences along borders throughout the world. Her work is a poignant meditation on the human condition in a difficult time and place. By focusing on the themes of survival, these stories become a vivid testament of courage.

In the words of Lozano: “The last ten years I found myself exasperated by the continuous media reports about the violence in Juarez. In a desire to capture this other side I knew about my city, I found myself directing my photographic work to this matter. Eventually, I realized that I was also looking to find my own hope and understanding of the whole situation.”

Following a BA in Visual Arts, Lozano received her Masters Degree in Photography in Madrid, Spain. During this time, she produced Borders, a series selected for various international photo competitions and grants including the Air Dolomiti (Lufthansa) prize at the ITS#EIGHT competition in Italy. She also completed the Photo Global residency at the School of Visual Arts in New York on a presidential scholarship. Lozano’s elegant and socially charged portraits have been exhibited in Italy, Spain, Germany, Mexico and the United States. In 2011 she was featured under the One To Watch column in American Photo Magazine. Lozano is currently collaborating in a global action with 2011 TED Award winner JR and his Inside Out Project in Ciudad Juarez and Mexico City. International press has placed Lozano as one of Mexico’s contemporary young photographers. http://www.monicalozano.com/

IAM gathers artists and creative catalysts to wrestle with the deep questions of art, faith and humanity in order to inspire the creative community to engage the culture that is and create the world that ought to be. International Arts Movement works on inspiring people to hope and engage deeply into the depth of culture’s critical zones. We believe that artistic excellence as a model of “what ought to be” paves the way for lasting, enduring humanity. IAM creates frequent events and an every other year Encounter Conference in New York City. The fruit of those gatherings is published in our media and store. http://www.internationalartsmovement.org/

About the Inside Out Project

The Inside Out Project is a large-scale participatory art project that transforms messages of personal identity into pieces of artistic work. Everyone is challenged to use black and white photographic portraits to discover, reveal and share the untold stories and images of people around the world. These digitally uploaded images are made into posters and sent back to the project’s co-creators, for them to exhibit in their own communities. People can participate as an individual or as part of a group. Posters can be placed anywhere, from a solitary image in an office window, to a wall of an abandoned building, or in a full stadium. These exhibitions will be documented, archived and be made available online at www.insideoutproject.net.