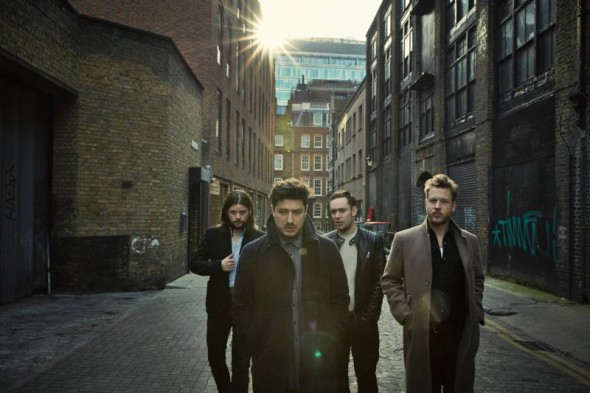 Mumford & Sons announce the details of their forthcoming third album, Wilder Mind. The album will be released in North America through Glassnote Records on May 4. It is produced by James Ford (Arctic Monkeys, HAIM, Florence & The Machine). It features twelve new tracks, written collaboratively by the band in London, Brooklyn, and Texas. A number of the new songs were written and demoed at Aaron Dessner’s (The National) garage studios in Brooklyn.
In support of Wilder Mind, Mumford & Sons have announced the first details and line-ups for their 2015 Gentlemen of the Road Stopovers. Each Stopover is a two-day event that combines the intimacy of a community celebration with the excitement of a world-class music festival. Mumford & Sons will headline the Saturday shows, alongside an eclectic and energetic roster of artists curated by the band themselves. A series of smaller events involving local businesses, venues, and, most importantly, local people will happen in and around the town.

These outdoor events will take place in carefully selected and unique locations internationally, and will feature a host of acclaimed acts including Foo Fighters, Alabama Shakes, My Morning Jacket, The Flaming Lips, and many others, including more to be announced.

DOLCE & GABBANA CELEBRATE MOMS - BUT WHAT ABOUT EVERYONE ELSE?